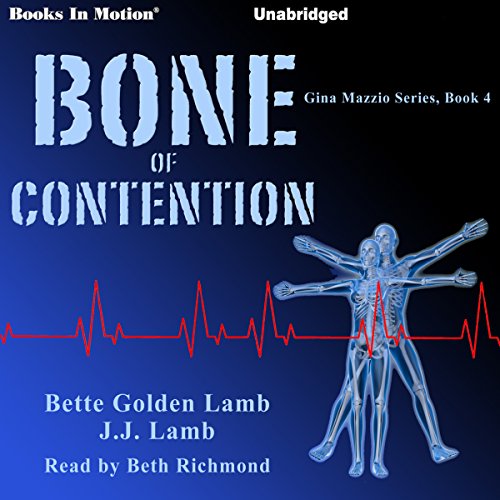 Murder, Mayhem, Medicine, and Mazzio. That's the thread that stitches together each of the Gina Mazzio, RN medical thrillers.

RN Gina Mazzio returns to San Francisco's Ridgewood Hospital after a near-death experience in Nevada's desolate gold country. On her first day in the Ob/Gyn Women's Health Clinic, a co-worker suffers a mystifying post-abortion death due to sepsis. Two days later, the same thing happens to a clinic patient.

Gina thinks it's an inside job, but gets no support for her theory. Convinced she's right, she risks everything to dig into the who and why of the deaths. She wants to know if someone is deliberately causing clinic patients to suffer horrible deaths.

Fiancé Harry Lucke, who was with Gina in Nevada, is worried about her and postpones taking another travel nurse assignment. Instead, he signs on as an on-call ICU nurse at Ridgewood. To Gina's delight, and distress, her younger brother, Vinnie, shows up, back from his second tour of duty in the Middle East. He's received a medial discharge and is deeply depressed and suicidal. Vinnie brings news that Gina's ex-husband, Dominick, is out of prison and still enraged that she helped put him away for three years - for almost killing her. Word is that he broke parole and is on his way from New York to San Francisco.

Gina sticks with her daring and danger-filled investigation. Her efforts bring her closer and closer to solving the sepsis deaths, but also make her the target of anti-abortion fanatics. As she closes in on the murderer, her ex-spouse arrives in San Francisco, hell-bent on killing her. Gina is faced with having to outmaneuver Dominick while racing to expose the murderer before either can trap and kill her.