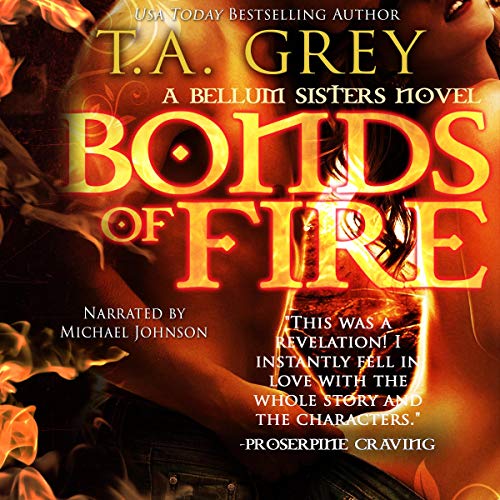 Hotheaded succubus Willow Bellum doesn't take kindly to being given away to the alpha of shapeshifters like a hunk of unwanted old fruit cake. However, when the will from her deceased father puts Willow under the protection of a man as enticingly hard as he was disgustingly arrogant, she runs hard and fast. Yet, no matter where she goes, he always seems to catch her. And with each stolen moment together, Willow finds herself relenting to the alpha's quick smile and passionate embrace with alarming speed.

When Alpha Lyonis Keelan finally captures his mate, a fiery succubus who lights his blood with fire, he proceeds to soften his mate with a full-on seduction meant to weaken her defenses. Alpha Lyonis hasn't made his way to position of alpha without his steadfast determination and Willow's defiance to him only makes him more hungry to win her. Because whether she wants it or not, Willow is his mate and he plans to keep her no matter what. As Lyonis struggles to make his woman love him, a violent ancient demon stalks his mate. It will not rest until she's dead, even while she's pregnant with his baby.

Willow and Lyonis must stand together or risk losing everything they hold dear in this romantic adventure. Listen to Bonds of Fire today to learn why nearly one million copies of USA TODAY best-selling author T. A. Grey's romances have been sold!