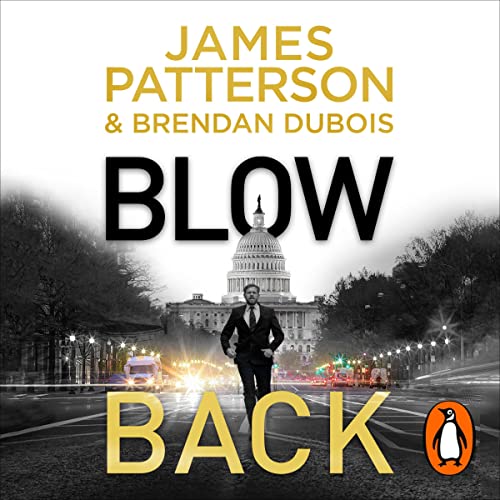 He's America's most brilliant president ever. He's also a psychopath.

US president Keegan Barrett swept into office on his success as director of the CIA. Six months into his first term, he devises a clandestine power grab with a deadly motive: Revenge.

President Barrett personally orders Special Agents Liam Grey and Noa Himel to execute his plan, but their loyalties are divided. As CIA agents they've sworn to support and defend the Constitution of the United States against all threats, both foreign and domestic.

When the threat comes directly from the Oval Office, that's where the blowback begins.

"No one gets this big without amazing natural storytelling talent—which is what Jim has, in spades." (Lee Child)

"It's no mystery why James Patterson is the world's most popular thriller writer.... Simply put: nobody does it better." (Jeffery Deaver)

"The master storyteller of our times." (Hillary Rodham Clinton)

This was a captivating great listen.. great intonation drama and continuity.
I enjoyed it tremendously.

I loved the book. It scares me to think that this could actually happen. I hope regulations are in place to prevent this

That’s it . Trite and boring.very disappointing. Save your credit.as this is not Patterson novel at his best.