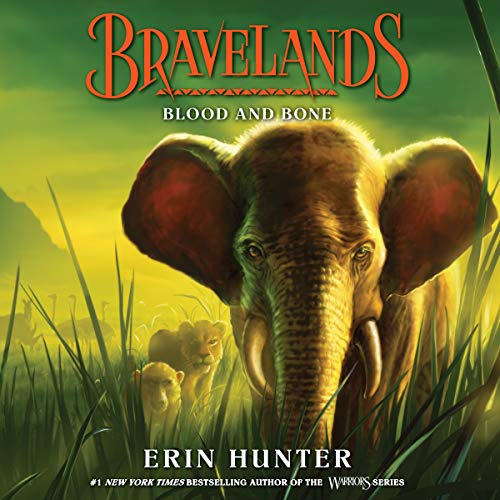 Heed the call of the wild…discover the third book in this action-packed New York Times best-selling animal fantasy series from the author of the Warriors series!

Set in the African Savannah and told from three different animals’ points of view, Bravelands will thrill listeners who love Spirit Animals and Wings of Fire, as well as the fans who’ve made Erin Hunter a number-one nationally best-selling phenomenon.

An elephant entrusted with a powerful gift.

A lion treading a dangerous path.

A baboon trapped by the truth.

A great evil has risen. A murderer now leads the animals of the plains. As the elephant Sky leads her herd in a desperate search for Bravelands’ rightful leader, the baboon Thorn is forced to flee his old troop, and the lion Fearless, once their friend, is led astray by a tyrant.

The balance of Bravelands is about to shatter - unless predator, prey, and scavenger unite as one.

I have a theory

Well if I listen to chapter 28 Somebody says ''thanks for saving me from stinger I don't know if I understand" Putting some of that into my own words remember thorn was hanging on the branch and the vultures saved him so I think that thorn is great parent. also love how u add cliffhangers I can't wait for the forth book i love this so far Keep up the good work 😄😃!