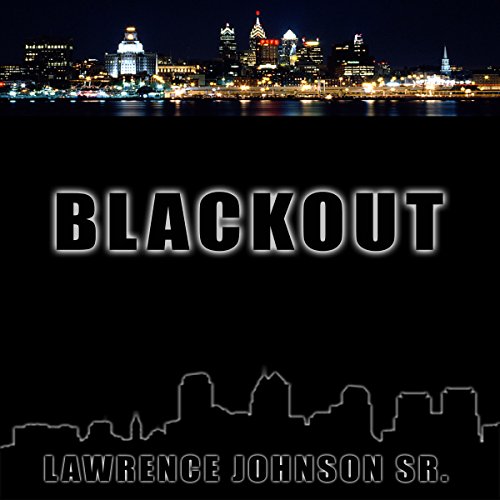 Alexander Steele is a private detective turned night club owner in Philadelphia. Hoped to put the detective life behind him and move on with his longtime girlfriend, Steele's plans are derailed when a friend brings him an encrypted travel drive with info on a blackout that was created three months before the recent Canadian event; Alex finds himself drawn into the well-crafted mind games of a madman known as Chameleon an American terrorist whose goal is to shut down the country by collapsing the economy of the United States.

From the snow cover streets of Montreal to the tropical beaches of Nassau, Alex follows the trail of clues and dead bodies as he inches closer to revealing the plot to bring down the entire US government while narrowly surviving the constant attempts on his life.

I'm looking forward to more books about this character. It's so nice to have a protagonist that's openly a good guy in all parts of his life, not just when pressed into service. Thanks for a great listen.

The story moves quickly. This is one i would have enjoyed reading instead of listening.

This book was great, I felt like a detective and enjoyed thr details and the Philly landmarks, I felt like I was right there, knowing the characters and all.