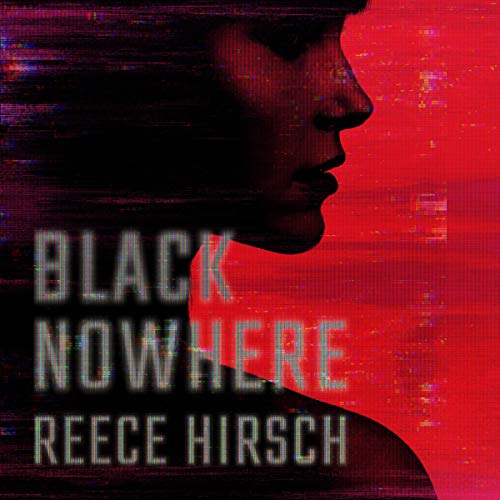 Chasing a cybercriminal into the pitch-black heart of the Dark Web.

Special Agent Lisa Tanchik is the best at taking down cybercriminals. So when the FBI discovers a multibillion-dollar black market online, she’s tasked with finding the creator and bringing him to justice. Donning one of her many digital disguises, Tanchik goes undercover into the network.

Brilliant college student Nate Fallon started his site as an idealistic experiment. But his platform has made illegal trade not only more efficient - but also more dangerous. Now the FBI aren’t the only ones out to get him. As profits soar, a criminal organization casts its monstrous gaze on Fallon, and danger leaps from cyberspace into reality.

Feeling pressure from both sides of the law, Fallon is forced to make a decision with shattering consequences. Can Agent Tanchik find Fallon before his dangerous infrastructure falls into the wrong hands?

“Black Nowhere is an extremely unsettling thriller that haunted me for weeks. It’s a shrewd critique of Silicon Valley startup culture, a brisk FBI procedural, and a chilling look at a very modern form of amorality.” --Dave Eggers, author of The Circle and Pulitzer Prize and National Book Award finalist

“Black Nowhere is a blast. A gripping thriller with wonderfully nuanced characters. If you haven’t been reading Reece Hirsch, it’s time to start.” --Lisa Lutz, New York Times bestselling author of The Passenger

If you’ve ever heard of Ross Ulbricht or Silk Road and the TOR browser used for the dark web then you have the basics for this book. Reece Hirsch has taken this story mixed it with a little Steve Jobs ingenuity and created a really good FBI flawed geek vs college geek with an overblown ego and visions of grandeur.
Emily Sutton Smith does an excellent job narrating.
This cat and mouse story is HIGHLY RECOMMENDED.
If you found this review helpful please indicate so.
Thank You.

Listen to the real thing!!

I listened to the entire book and am severely down rating it because it is mostly a fictionalized version of true story American Kingpin by Nick Bilton which was published two years ago. American Kingpin is about Ross Ulbricht and his dark web billion dollar illegal drug website named Silk Road. (Silk Road was not just illegal drugs but anything illegal.) The similarities between BLACK NOWHERE and American Kingpin are far too great to be passed off as mere coincidence.

It really is such a great book! Smart characters written by a clever author and read by an equally clever narrator. I am a huge fan of both BUT even if you’re a novice reader/listener of either you will DEFINITELY be a fan by the end of this read. So...
GO FOR IT!

Hooked from the beginning!

The book was engaging and kept my attention AND curiosity from the beginning until the end. Speaking of end, it felt a lil rushed but didn't take away from the overall experience. Maybe I've found a new favorite author.

I dove right into this one not realizing just how up my alley is was going to be. I should have known when I saw that it said cybercriminal and Dark Web in the first sentence of the synopsis. Honestly, I picked this book up because I wanted to read the second book in the series without realizing it was a book two. So, I figured I should real book one before jumping into the second and figure out who Lisa Tanchik is and what makes her tick.

I’m glad that I did because Black Nowhere was a fantastic book that I really enjoyed. I was honestly a little worried because I work in tech and I have a friend whose job is actually very similar to Lisa’s. I was worried that Hirsch would either try and be too “cute” with the technology in it or try and be too specific/dumb it down too much. He didn’t do that. He didn’t shy away from explaining things but didn’t go into a ton of detail. He didn’t use the wrong terms and didn’t mess too much of the technology up. There was a few things that he didn’t do that my friend mentioned to me that she’s helped with while looking into bitcoin related payments, but nothing that the average reader would ever notice.

Black Nowhere was a great book with a great main character. Lisa was flawed and she knows it. Her and her “black dog” had their ups and downs and I couldn’t wait to finish the book to see what was going to happen – not just to Kite and its founder, but to Lisa.

Overall, a great story with great narration that I absolutely finished in a few sittings. I’m excited to jump into the next book in the series and I hope it’s as enjoyable as this was.

Really enjoyed this book. As I have younger family who were early "hackers" I was intrigued.
Aside from that it was suspenseful, well written and I liked the narrator.

Slow start, then couldn't put it down

Well written and definitely worth the purchase. If you like cat and mouse crime stories with plenty of "food for thought" after you are finished with the book, then don't miss this one. Nothing is black and white in the drug world.

It got a little boring. Started out pretty strong but just kind of drug on in the middle and end.

This was a fun cybercrime novel, narrated by the talented and always wonderful Emily Sutton-Smith. If you haven't heard her perform a book yet, you owe it to yourself to listen to one of her many narrations as soon as you can!

The story in Black Nowhere is very obviously modeled after the real life deep web site, The Silk Road. But honestly, there's nothing wrong with that. It does not exploit anyone involved in the true crime, it just takes inspiration.

Despite the story being fun and fun moving, the characters are relatively shallow. Our heroine - Lisa Tanchik - suffers from bouts with depression and tends to use alcohol to ease her pain. She deals with the typical misogyny that a women has to put up with in law enforcment, and she's haunted by the death of her sister. She's also very intelligent and ambitious. So those are her motivations in a nutshell, but her personality never really shines through.

Our Vilian - Nate Fallon - has a lot more depth to both his motives and personality. He's a college kid who believes that he's a lot more intelligent than he is. In actuality, he's a pretentious, arrogant know-it-all who never bothers to examine his own selfishness. He never learns that standing by your convictions is pointless unless you also consider other viewpoints. That doesn't mean he starts out as a bad person, but his journey to becoming a cyber drug kingpin is interesting because he never understands that he ends up as one. Even right til the end, he sees himself as a good person who made a few mistakes. This story is worth listening because of Nate.

The rest of the cast of characters are a bit shallow, and not really worth going into.

I would recommend this book, definitely! I hope the Lisa Tanchik series continues, but I also hope we get to know Lisa a bit better next time.

A good recording with lots of heart and material for thought. Loved the thought process of Lisa Tanchuk. She’s brilliantl. Wished the story is not so dark in terms of the outlook for the future. Seems that future generations do not have a steady moral compass.
Money, achievement and making a mark in an otherwise colorless world seem primary measures for success. But what is the reality of living?