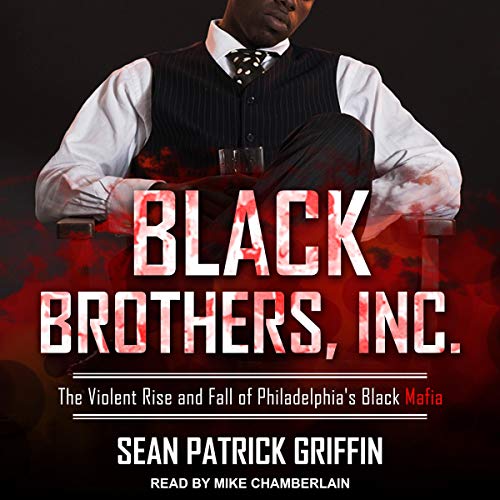 The Black Mafia is one of the bloodiest crime syndicates in modern US history. From its roots in Philadelphia's ghettos in the 1960s, it grew from a rabble of street toughs to a disciplined, ruthless organization based on fear and intimidation.

Its ferocious crew of gunmen was led by Sam Christian, the most feared man on Philly's streets. They developed close ties with the influential Nation of Islam and soon were executing rivals, extorting bookies connected to the city's powerful Cosa Nostra crew, and cowing local gangs.

Police say the Black Mafia was responsible for over 40 killings, the most chilling being the massacre of two adults and five children in a feud between rival religious factions. Despite the arrests that followed, they continued their rampage, exploiting their ties to prominent lawyers and civil rights leaders.

Convictions and sentences eventually shattered their strength - only for the crack-dealing Junior Black Mafia to emerge in their wake.

"Griffin did extensive research and backs up his claims carefully . . . If you're a crime buff, a history lover, or if you just want something fascinating to read, it's a book you can't refuse." (Terri Schlichenmeyer, syndicated reviewer and host of www.BookWormSez.com)

I loved it! I actually know some of the principle characters! A very informative read!

Not what I was expecting...and not in a good way. The narration was very dry. I don't feel like I knew any of the people involved in any way; and in fact, had trouble remembering who was who except for maybe 2 characters. Even then I had to remind myself who they were and how they fit into the story. I don't know if it was the narration or the actual writing syle, or both. I'm sorry I wasted a credit on this one.