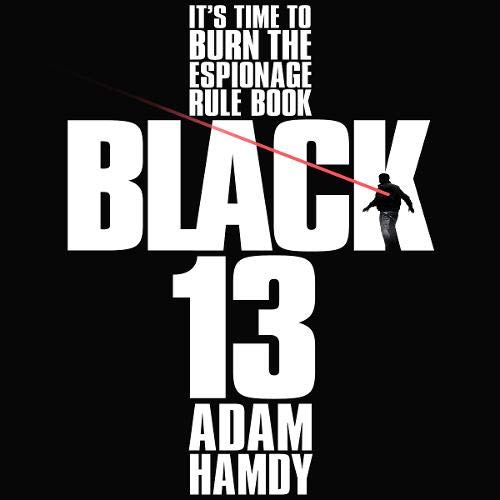 Black 13 is the brilliant first novel in The Scott Pearce Series from Adam Hamdy and features series lead and ex-MI6 officer Scott Pearce. In this addictive and fast-paced thriller, Pearce is about to show us that in a world where there is no loyalty to the nation-state, it’s time to burn the espionage rulebook.

An exiled agent. A growing threat. A clandestine war.

The world is changing beyond recognition.

Radical extremists are rising and seek to enforce their ideology globally.

Governments, the military and intelligence agencies are being outmanoeuvred at every step.

Borders are breaking down. Those in power are puppets.

The old rules are obsolete. To fight this war a new doctrine is needed.

In a world where nothing is at it seems, where trust is gone, one man will make the difference.

"A new benchmark for the modern spy thriller." (Peter James)