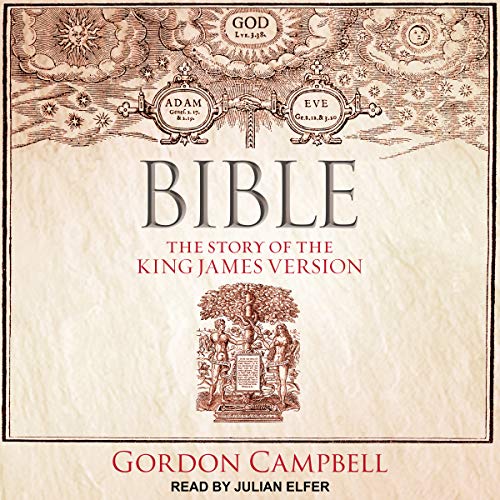 This is a history of the King James Version of the Bible (known in Britain as the Authorised Version) over the 400 years from its remote beginnings to the present day.

Gordon Campbell, expert in Renaissance literatures, tells the fascinating and complex story of how this translation came to be commissioned, of who the translators were, and of how the translation was accomplished. The story does not end with the printing of that first edition, but introduces the subsequent generations who edited and interacted with the text. The present text of the King James Version differs in thousands of small details from the original edition. Campbell traces the textual history from 1611 to the establishment of the modern text by Oxford University Press in 1769.

Attitudes to the King James Version have shifted through time and territory, ranging from adulation to deprecation and attracting the attention of a wide variety of adherents. It is more widely read in America today than in any other country, and its particular history in there is given due attention.

This book helps to explain the enduring popularity of the King James Version throughout the world today.

Excellent history on the KJV Bible

The performance was very good and the story was well written, the narrator brought out the story line very well indeed. I learnt so much more about the KJV that I didn't know before and this audio book has given me a new appreciation for this wonder work of English prose and one of if the the finest Bible translation in English to date.

This is not the bible

amazon, why will you not let me remove this from my library? I do not want it to be in my library.

I wasted my credit

Bible as a title is tricking people not exaclty a good thing. I thought this was the bible