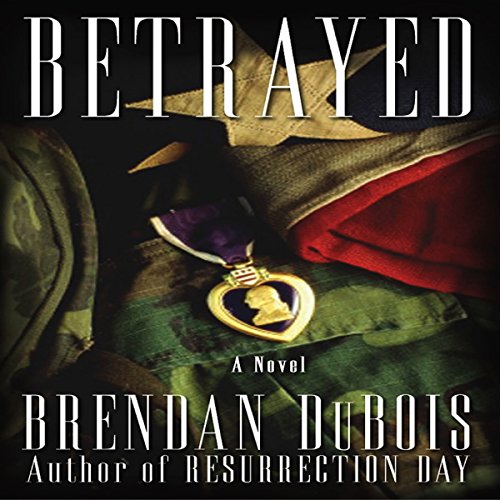 Nearly 40 years after the end of the Vietnam War, the fate of those airmen listed as Missing In Action have remained a mystery... until now.

In Betrayed, award-winning author Brendan DuBois writes a harrowing tale of "what if" that begins with a knock on the door. Late at night, small-town newspaper editor Jason Harper answers the door, revealing a dirty, bearded and disheveled stranger. This stranger has an amazing tale: its his brother, Roy Harper, a B-52 pilot shot down in North Vietnam in 1972, and who has recently escaped, with armed gunmen on his trail... The two brothers then begin a harrowing journey, trying to survive and outwit their armed pursuers, and more importantly, trying to make public Roy Harper's incredible story of survival, and the location of other MIAs.

I could not listen to this book. I couldn’t take the narrator’s voice!
I will make sure not to buy any more books with this narrator.