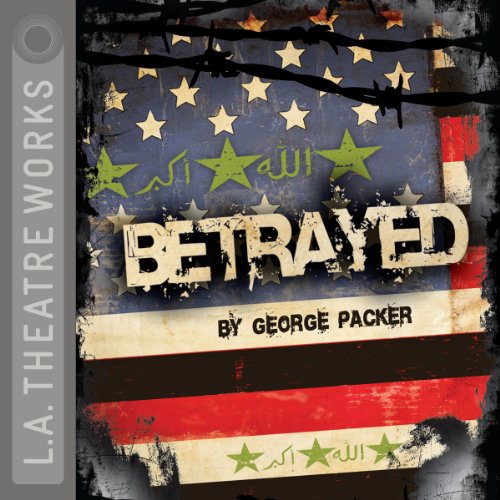 L.A. Theatre Works provides a poignant, unsettling performance of George Packer’s adaptation from his New Yorker article about the hopes, fears, and struggles of three Iraqi interpreters in wartime Baghdad, 2003. The cast is headed by Sevan Greene and Waleed F. Zuaiter from the original production, about which The New York Times raved, "...the clarity of the writing, the urgency of the story being told and the fine performances give the play a sharp dramatic impact and a plainspoken beauty." From the first moments, the emotional tension builds over the fate of men who risked all they had to help the American effort. Overlaying that tension is an increasing outrage at the official indifference to senseless human tragedy.

"The clarity of the writing, the urgency of the story being told ... give the play a sharp dramatic impact and a plain-spoken beauty. Painful human experience is presented here as just that. Nothing else is necessary to awaken sympathy, despair and awareness of a grave moral failure on the part of the American government." ( New York Post)