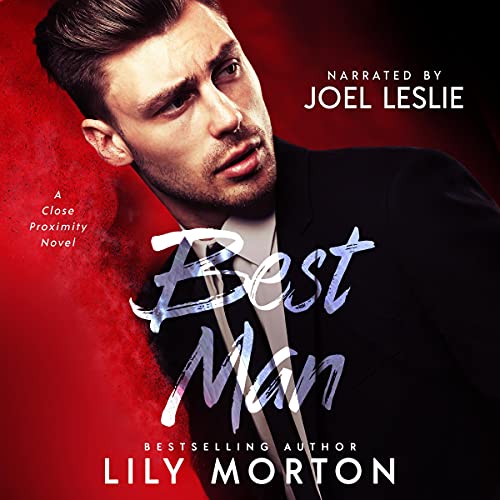 The product of a disorganized and chaotic childhood, Zeb likes order and control, and as the boss of his own employment agency he can give that to himself. Life runs along strict lines and he never mixes business with pleasure. Everything in his life lives in neat, alphabetized boxes. Until Jesse.

Jesse Reed is Zeb’s complete opposite. He’s chaos personified. A whirling cyclone of disorder. He’s also charming and funny and a very unwanted distraction. Which is why it comes as a complete surprise to Zeb to find himself asking Jesse to pose as his boyfriend for a few days in the country at a wedding.

Zeb doesn’t do impulsive, but as the time away progresses, he finds himself increasingly drawn to the merry and irreverent Jesse. But can he bring himself to break the hard-won lessons he’s learnt in life? And even if he can, how could Jesse be attracted to him anyway? He’s so much older than Jesse, not to mention being his boss.

From the best-selling author of the Mixed Messages and Finding Home series comes a warm and funny romance about one man’s fight for control and another man’s determination to circumvent it.

This is the first book in the Close Proximity series, but it can be listened to as a standalone.

When it started with "Three years later..." I was like: three years from what? I havnt read the book, but it was obvious that wasn't right XD
Gotten a sample from the kindle now and will be back to the audio once I'm done with that... Still annoying.

Lily Morton and Joel Leslie are *chef’s kiss* perfection. Leslie brings the banter, humor, and pathos like no one else. By now he’s narrated so many of Morton’s interconnected books that he’s populated an entire Gay South-of-England. And his ability to do that - to create individualized, detailed, distinct characters with emotional resonance, again and again - is what makes him one of the best narrators working today. Another sparkling performance from him, of a book which glows with life. As always with Morton, her characters are lively and funny and lovable even in their worst moments.

Such a great book with a solid storyline and great characters.

I eagerly look forward to reading more from this author.

Loved the audio delivery and narration

Zeb agrees to serve as best man at his ex's wedding. To avoid looking like a loser, he hires his employee, Jesse, to be his fake boyfriend. Sure, he's attracted to the guy, but who wouldn't be? Jesse is gorgeous, playful, and irreverent—the perfect foil to Zeb's more serious nature. But with a 20 year difference in their ages, nothing romantic can happen between them. Can it?

This book is so funny! It's cringey in the best way that the bisexual groom is marrying a woman to satisfy his homophobic family—and that Jesse continually calls people out for their nonsense. He and Zeb are adorable together, and it's lovely how patient Jesse is with Zeb in helping him overcome his misconceptions and insecurities.

Thanks, Gay Romance Reviews, for the audio ARC I received. This is my honest and voluntary review.

Listening to a Lily Morton story performed by Joel Leslie is like a warm, cozy blanket, hot cocoa, and hanging out with your very best friends all at the same time. Best Man just reinforces this. Lily’s writing is hilarious, and heartfelt, and pure magic.

Joel’s performance is so incredible you forget that there is only one of him and you’re not actually listening to the characters telling you their story.

I will never have enough words to adequately recommend Lily Morton audiobooks narrated by Joel Leslie. Go Listen Now! You won’t regret it!

another laugh out loud HEA, from Lily Morton

This is a low angst book that has great wit and will keep you wondering just who will get their hea. The characters are great and you can't help but to fall in love with Jessie. another 5 ☆ book from Lily Morton. the narration was done by Joel Leslie, who can do snark and treat you to an array of voices so there is no problem telling everyone apart. Well done Lily and Joel

Fun, funny, but emotional story great narration...another classic from this duo.
Jesse and Zeb are so good together, and Joel Leslie brings them to life.

The best man to my hubby

I have said it again and again but I’ll say it again that in my opinion, contemporary romance is the most difficult type of book to write since it’s so close to reality. And Lily Morton is my favorite author when it comes to contemporary romances. I’m so so happy that she came up with a new, wonderful series.

Zeb loves disciplined, neat and everything in order. And being his own boss assures he can stay away from the messiness he so desperately afraid. Jesse is polar opposite of Zeb who’s messy personified. With a considerable age gap of 20 years between them and Zeb being Jesse boss, the two men secretly withheld their attraction to each other thinking the other man wouldn’t like him. When Zeb needed a fake boyfriend to attend the weddding of his cheating ex-boyfriend, Jessie is the first man he thought of. Two men who are secretly attracted to each other being fake boyfriends attending a destination wedding, sparks flew and attraction became irrestible and undeniable. Both men tentatively walked on a patch which will forver change their lives.

I love that we get to see the characters from previous books in Lily’s other series. I loved Eli and I’m so happy Jessie is his very best friend. Zeb can be a bit uptight and serious at times but I’m so happy that he was finally able to admit his attraction to Jessie and finally begin their wonderful realationship. Witch Lily’s brand of patented snark, wit and fun banters with Joel’s Leslie ahhhhmazing performance, this is no doubt an eargasmaic listen. Highly, highly recommended.

I loved this book. It is funny and heartwarming. The narration was awesome and really brought the characters to life. I think that I have found another author to enjoy.

In addition to the series-titled close-proximity (w/ bed-sharing) trope, Morton includes a few others that tick my trope-y boxes. Brash Jesse and self-restrained Zeb invoke a classic opposites-attract scenario with the added hint of grumpy/sunshine. Zeb more than Jesse is concerned about their difference in age (20 year age-gap). Rounded out by Zeb requesting Jesse, his employee, to act as his fake boyfriend at an ex’s wedding. All elements being skillfully and enjoyably interwoven by Morton.

Mainly because I’m a hopeless romantic, I think the steamy scenes are particularly well-placed. They emphasize the emotions Zeb and Jesse have for one another. None of them feel like Morton is adding them gratuitously.

I listened to this audiobook courtesy of a free review copy that was given to me at my request. My posted opinion of it is made honestly and voluntarily.