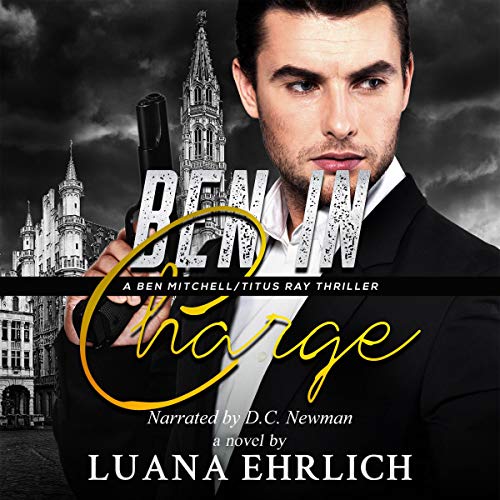 CIA operative Titus Ray knows nothing about his next assignment.

Nothing, except the person in charge of the operation will be Ben Mitchell.

Ben, as head of an operational team that includes Titus, will escort Boris Khrasnoff, a Russian defector, and his daughter back to the US.

It has a clear objective....

Since the defector has intel about the Kremlin’s secret plans to invade a neighboring country, the mission’s objective is to make sure Russian military intelligence is not aware of Boris Khrasnoff’s intentions to defect.

It requires a complicated plan....

Ben and Titus, along with a woman from the US State Department, will pose as members of a delegation to an economic summit in Brussels, Belgium, a summit Boris Khrasnoff will attend as part of the Russian delegation.

There are underlying circumstances....

Ben has doubts about a woman on the team, while Titus is concerned about the reliability of an old acquaintance. Ultimately, both men have issues with their respective roles in the operation.

If you enjoy a clean, amusing, multilayered thriller with a hero who’s trying to figure out how to make his faith and his CIA career work together, you’ll love this book!

Ben in Charge has a great clean storyline full of action and suspense. I enjoy following the characters throughout the series, but it could also be a standalone. The narrator gave a wonderful performance.

Ben is in charge!!

I love Ben! I love this series! Anyone wanting to listen to a spy book that is clean and keeps the listener engaged, then this is for you. This author is the best

How did a simple mission become so challenging?

This case, Ben is in charge, and Titus takes the case to see how Ben does in his leadership skills. This is supposed to be a simple extraction mission, but Titus tries to let Ben make all the decisions. A third agent, a woman who asks more questions than a small child drives Ben and Titus crazy. This story has an intense climax and a surprise ending. This story really stresses how Titus’ faith is changing him.

This book is about Ben's first assignment where he is in charge. Titus is assigned to go with him along with a female agent. Maybe it's because the DDO doesn't fully trust Ben. There is a lot of dialogue for the first two-thirds of the book before the suspenseful ending. There is a surprise about the DDO also. Unfortunately, the book is continued into the next in this series. It is well written, however. I especially love audible books. This one is also very enjoyable to listen to. Mr. Newman does an excellent job with the different voices. I received a free copy from the author. This is my voluntary, unbiased opinion.

A very short story that was interesting. Because of the length, there is not much to comment on. The narrator did a very good job.