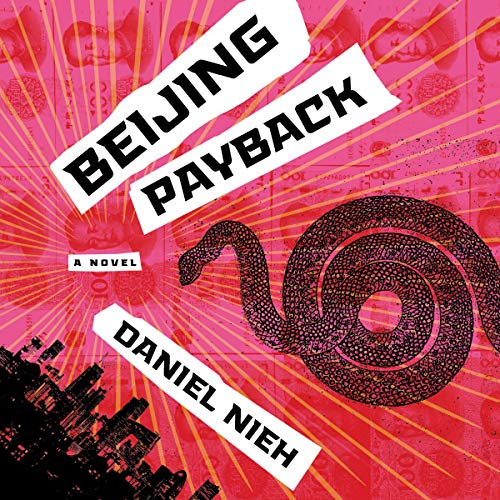 A fresh, smart, and fast-paced revenge thriller bursting with personality and pathos.

Victor Li is devastated by his father’s murder and shocked by a confessional letter he finds among his father’s things. In it, his father admits he was never just a restaurateur - in fact, he was part of a vast international crime syndicate that formed during China’s leanest communist years.

Victor travels to Beijing, where he navigates his father’s secret criminal life, confronting decades-old grudges, violent spats, and a shocking new enterprise that the organization wants to undertake. Standing up against it is likely what got his father killed, but Victor remains undeterred. He enlists his growing network of allies and friends to finish what his father started, no matter the costs.

The reader is outstanding

The novel is a fun ride; most characters are lovable and clever. But the reader gave the story a warmth that I really enjoyed.
Made me want to hear Chinese all day (I do not know a single word).