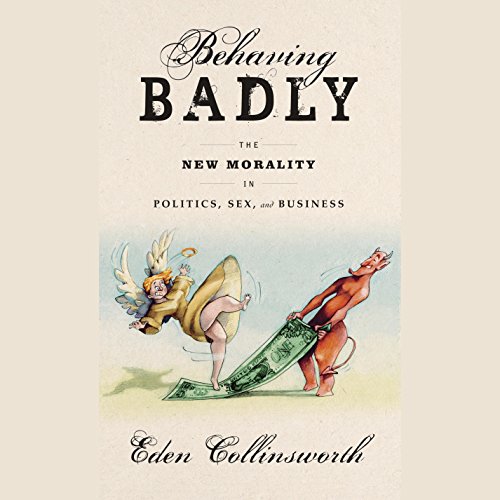 What is the relevance of morality today? Eden Collinsworth enlists the famous, the infamous, and the heretofore unheard of to unravel how we make moral choices in an increasingly complex - and ethically flexible - age.

To call these unsettling times is an understatement: our political leaders are less and less respectable; in the realm of business, cheating, lying, and stealing are hazily defined; and in daily life, rapidly changing technology offers permission to act in ways inconceivable without it. Yet somehow this hasn't quite led to a complete free-for-all - people still draw lines around what is acceptable and what is not. Collinsworth sets out to understand how and why.

In her intrepid quest, she squares off with a prime minister, the editor of London's Financial Times, a Holocaust survivor, a pop star, and a former commander of the US Air Force to grapple with the impracticality of applying morals to foreign policy; precisely when morality gets lost in the making of money; what happens to morality without free will; whether "immoral" women are just those having a better time; why celebrities have become the new moral standard bearers; and if testosterone is morality's enemy or its hero.

"Written with brio and great charm.... This is an implausibly entertaining romp through the ethical questions of our time, a kind of romantic engagement with morals that is never moralistic." (Andrew Solomon, author of Far from the Tree: Parents, Children, and the Search for Identity)
"A wide-ranging, breezy journey through a series of ethical minefields...Collinsworth is always a genial guide through the moral thicket, and her companions underscore the provocative spirit of her quest." ( Kirkus Reviews)