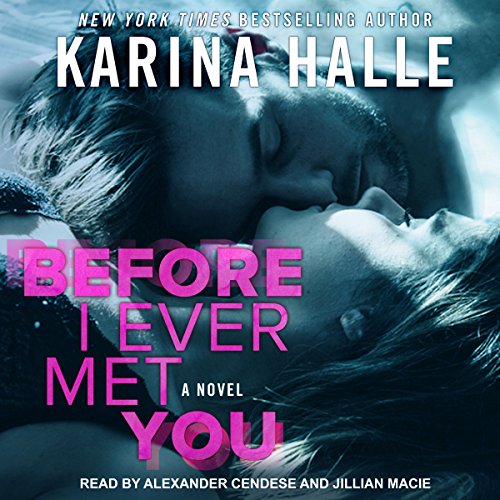 Before I Ever Met You

Before I Ever Met You

I first met William McAlister when I was just a teenager.

He was handsome, had a beautiful wife, and was on the verge of success, having just joined my father as his business partner. Mr. McAlister was full of smooth charm, but back then he was barely a blip on my radar. Just a family friend.

Fast forward 10 years: I'm 25 years old and a single mom trying to make things right for her seven-year-old son. I've made some mistakes, grappled with my demons, and now I'm back in the city of Vancouver, getting a second chance at a better life.

I've started by working for my father's production company as an executive assistant. My first day on the job and I already know I could have a promising career there.

That is, until I see Will McAlister for the first time in a decade.

Now recently divorced and as sophisticated as always, Will has gone from being my father's friend and business partner to something so much more.

Ce que les auditeurs disent de Before I Ever Met You

This was an interesting topic for a romance, in that the heroine first meets the hero when she's a teenager. He's married at that time and a friend of her fathers who work in special effects for movies. She later meets him again when her father makes her the hero's personal assistant. The hero is now divorced and is attracted to her despite the over 10 yr age difference. Things are complicated by the fact the heroine has a young child by an abusive relationship in the past and that her parents see her as nothing more than a screw-up. Narration was well performed.

Amazeballs loved the story. Will what a dream man

the male narrator sucked at interpreting the female voice, but other than that I loved the story line.

Emm it was just ok.

I only bought this because i love Alexander C....i was expecting more with it being an older man younger woman story line . 😕 I don't know...it was slow and the female character did not know if she wanted to be loved. I hate that. Oh well!

This book may be something that would interest gen-xers or Millennials, but for this baby boomer it was a bit too crass.

I don't ever care for these kinds of novels, but when a friend suggested it, I decided to give it a try. I couldn't stop. By far the best story ever. I'm not sure if it's because I felt a personal conviction/connection but man was it good!

Nothing too scathing, nothing too over the top. Romance and a new refreshing storyline.

Before I Ever Met You...

I like Karina Halle and I liked the story but the narration from Jillian Macie did not work for me. She was very mono toned.

Will was so swoon worthy !!! The performance was perfect. Loved this book so much! Wow

The male narrator isn’t able to pull off the female voice. It was too distracting and a very predictable storyline. Just meh for me.

I LOVED THIS STORYLINE

This was my first time listening to this author and I’m glad I DID. Story flowed... characters were good .. although the female was kind of nerve wracking goin back n forth feeling unworthy. IT ALL CAME TOGETHER IN THE END.. I’ll read more from this author and the narrators were great as well

I could not finish this book. The story was boring and annoying at the same time.

As far as the story goes, middle-aged boss falls for young employee ... with all the innuendo that is supposedly ok because the guy always thinks about how it is inappropriate - and does it anyway.

But! It's all good because the young single mom (abused by the baby daddy) falls for her rich, generous boss (abused by his father) and it just drags on and on and on.

This is not even a spoiler. There is nothing to spoil.