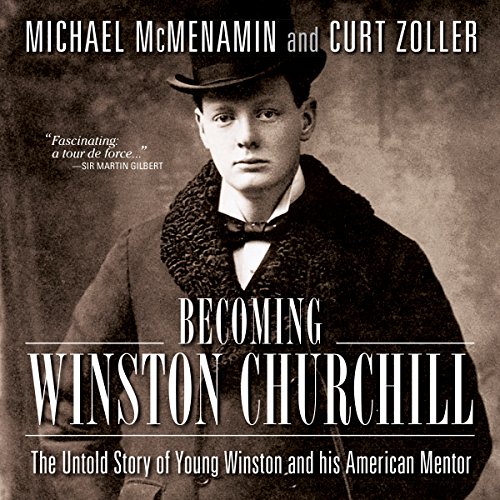 Today a forgotten figure, Bourke Cockran was acclaimed during his lifetime as America's greatest orator. He was also the lover of Jenny Churchill - Winston's mother - after the death of Lord Randolph. And, for 12 years (1895 to 1906), he was young Winston's mentor.

Until now, the story of the extraordinary and crucial relationship between them has not been told. At one level, the story is about politics, exploring the ways the young Churchill adopted Cockran's political and economic views - on democracy, capitalism, the Gold Standard, Free Trade, Socialism - issues that Churchill was to make his own. On another level, the story is biographical, chronicling the meetings between the men, and reproducing - for the first time in full - their private correspondence. It is the story of Churchill growing up. On yet another level, it is historical, vividly evoking the late Victorian and Edwardian eras, when Churchill was often in the thick of the action - fighting at the Khyber Pass in India or escaping from a Boer camp in Pretoria (and becoming a household name as a consequence) - all the while keeping up his correspondence with Cockran.

The drama of such events is part of the book's irresistible appeal. The book is written with a dramatic flair, bringing out the personalities of the two men. Each section begins, like a historical novel, with a recreation of a crucial moment in their lives. The general narrative is chronologically structured, with a powerful momentum, tracing the two men's growing intimacy over the years and interweaving their letters and meetings with the historical events in which they were involved.

The story begins in 1895 in New York, where Cockran took the young Winston under his wing. The following years, marked by turmoil in Cuba, India, Sudan, South Africa, and Ireland, included Cockran's advice to Churchill by word and example that principle must always be placed over party, advice Churchill followed throughout his long political career.

An outstanding case study in "Mentorship"!

A thoroughly enjoyable and useful examination of the importance of mentorship in the life of those young men fortunate enough to have a mentor. Few will know, let alone remember, Bourke Cockran as one of the greatest trial lawyers and orators in American history, but who will forget his mentee, Winston Churchill, who lively saved Western Civilization? Worth reading, and then reading again!