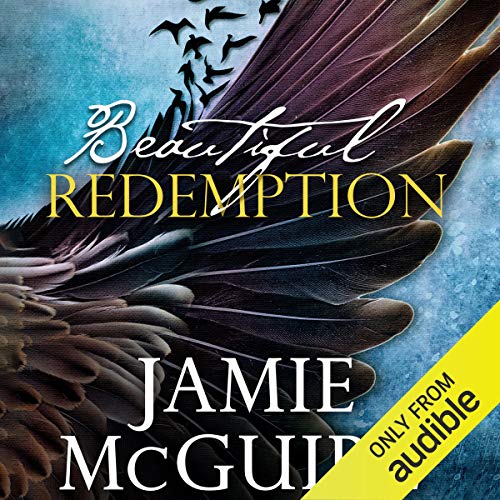 If a Maddox boy falls in love, he loves forever. But what if he didn't love you first?

No-nonsense Liis Lindy is an agent of the FBI. Deciding she is married only to her job, she breaks off her engagement and transfers from Chicago to the field office in San Diego. She loves her desk. She is committed to her laptop. She dreams of promotions and shaking hands with the director after cracking an impossible case.

Special Agent in Charge Thomas Maddox is arrogant, unforgiving, and ruthless. He is tasked with putting away some of the world's toughest criminals, and he is one of the best the bureau has to offer. Though, as many lives as he's saved, there is one that is beyond his reach. Younger brother Travis is faced with prison time for his involvement in a basement fire that killed dozens of college students, and the media want a conviction. Travis' only savior is his unusual tie to the mob. In a deal that will spare his brother, Thomas has agreed to recruit Travis into the FBI.

Liis is stubborn and defiant yet somehow softens Thomas' rough edges, making her the perfect agent to accompany him to the ceremony. Posing as a couple, they must travel to Travis and Abby's beach vow renewal and give him the news, but when the pretending ends, she finds herself wondering if they were pretending at all.

In the second installment of the Maddox Brothers books, experience firsthand the mysterious world of the elusive Thomas Maddox and how good love can be when you're not the first but the last.

I really love these books! Thomas & Liis are an awesome tough couple. The characters were great and the story line too. I would have liked a little more steam but it didn't change my rating. I liked how that stories overlap and we get little visits from the brothers! The narration was really good too!

good but had some issues

I was super hooked on the story so obviously I enjoyed it, but there were just so many parts of it that were repetitive with the struggle between Thomas and Leese. and I lost track of Thomas's emotional motivation for wanting to get together with her. And one breath he said he still loves his ex and then the next he's scene he loves leese more than anyone. It was confusing and made me feel really sad for Leese. I think we all deserve to have a great love and not someone still hung up on their EX. I also missed the passion. there weren't very many scenes where Thomas and Leese werent fighting. And i would have just loved for them to have a small honeymoon period where they just let go and enjoyed each other. just in general the characters didn't seem very well developed. But, with all that said, I was still hooked. And there were certainly hot moments and moments where they said beautiful things to each other. so still totally worth the credit.

This Girl is the Worst

Would you try another book from Jamie McGuire and/or Meghan Wolf?

I have always liked Jamie McGuire but this book did not do it for me. The main character is way too stubborn. I did not like the narrator at all, I will steer clear of her in the future.

What was most disappointing about Jamie McGuire’s story?

The main character is very annoying. I was hoping Thomas would move on.

Would you be willing to try another one of Meghan Wolf’s performances?

I have always loved Thomas but listening to his and Liis story just made me love them both more. Meghan Wolf did an amazing job narrating this story and did an exceptional job giving you the emotions from the characters throughout the book. I wish it never ended because I wanted to hear more but all great things have an ending. This ending was great and I need more of Thomas and Liis.

I love this series and the narrator captured the characters perfectly. So fun to hear parts from the other books intertwined in each brothers story.

Not as strong as the rest

I wanted to love this book as much as the rest in the series but it just didn’t have same intensity, desire.
I liked the supporting characters enough and I love the Maddox boys but the female character in this was just not as all in as I’m used to from this author.
Worth the read because these books, though each are their own separate love stories, are connected and it is important in the timeline of events.
The narrator was ok for this but not awe inspiring by any means. I would have loved to have both a male and female narrator.
Overall, it was just ok in comparison to the others in the series.

Finishing a series you started is hard.
I loved these characters before but it has been a while and as much as I wanted to love this book I was struggling to get through it.
The beginning was great, getting to know Liis and Thomas as themselves without pasts was fine. It was when we find out about Thomas’ ex that is when the childish drama started.

Your still in love with her blah blah blah. Well yeah he still cares for her, she has always been in the Maddox’s life she is with his brother now. I wanted to shake them for the teen drama.

The actual case said of their job was interesting but it was such a small, small part of the story that it was almost missed.

I enjoyed the narration.

I've read other books with this narrator....she's well animated and has an easy to listen almost sexy/sultry voice. Cute storyline, several surprises that added to make this book a great listen. Well done and tasteful "adult" moments.

can't wait for the next

I have loved all the books in this series so far. I started with Beautiful Disaster and then took me a bit but finally getting to finish the series

Loved it of course. I am making my way through the whole series. It's so addicting!