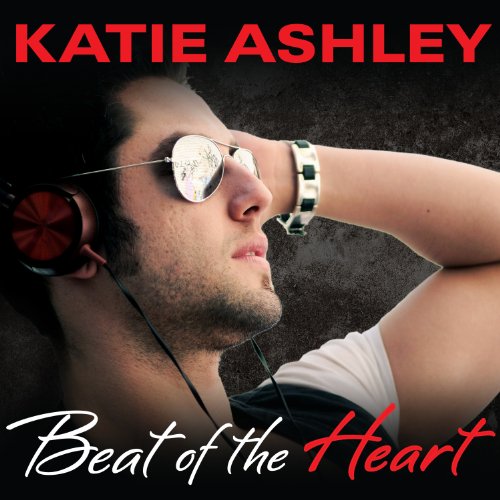 Beat of the Heart

After years of bad relationships and a cheating ex-fiancé, 28-year-old Mia Martinelli prefers healing her patients' hearts on the Cardiac Care floor rather than risking having her heart broken again. But that all comes to a screeching halt when caring for the head roadie for Runaway Train puts her into the orbit of drummer and Latin lover A. J. Resendiz. After a scorching weekend of steamy passion, Mia's intention of getting out with her heart unscathed is challenged by the stud with the wicked sense of humor, especially when he wants to continue seeing her. But when the harsh reality of A. J.'s hoard of female admirers sends her insecurities into overdrive, Mia bails, leaving him handcuffed to his bathroom shower.

A. J. never imagined that after two weeks of the best sex and female companionship he'd ever experienced, he would need to be rescued by his band mates from his shower prison. Although he tries to forget the sensual brunette whose curves made his mouth water, A. J. can't get her out of his mind...or his heart. Months later when he finally seeks Mia for answers as to why she left, nothing could prepare him for their life-altering reunion.

Can A. J. prove to Mia that regardless of the women after his body, his heart belongs only to her?

Great book if you can get past the self-hate

If you can accept that a woman is prone to suffer from low self esteem after getting emotionally kicked to the curb and the manifestations of said self-esteem aren't a pet peeve of yours to read about, this is a great book. Unfortunately, I know a lot of people would be turned off from this book for that alone because it can be frustrating to watch someone sabotage their happiness due to low self-esteem. It wasn't unbearable and because it wasn't without cause, I didn't mind it. Instead, I was happy to read about some very intense sexual encounters, the breakdown of walls, and the happily ever after that was long overdue.

Okay, so I mostly loved this book, but at times, I was so frustrated with Mia. I get that she has some past issues causing her distrust of men. But geez...several times I thought, enough already! I mean, there is being broken and stubborn, but then there is being annoyingly irrational. Her waffling about her relationship with AJ is totally understandable given her past. I totally got it, but then as the story builds to a specific point, I thought, this chick is CRAZY! I just couldn't understand why AJ would want to put up with someone like her or why everyone was accusing him of messing up. In my opinion, he totally did not mess up. Mia is just a hot mess!

I think AJ is wonderful. I enjoyed him in Music of the Heart, and I loved him even more in this book. He has the biggest heart and is so patient. However, thank goodness he has his limits and knows how to put his foot down. He also isn't afraid to fight for what he wants. He is so fun and full of life, and knows how to live in the moment and just enjoy it. Through him, Mia learns how to let go a bit and do the same. He made this story for me.

I was really excited to be able to read more about the whole crew. It felt like catching up with old friends. Katie Ashley created wonderful characters in the 1st book and they continued into this one. It was great to see more of Jake and Abby, who I just adore. Honestly, there isn't one of them who I don't love. Each character brings something special to the story.
Now, I know that I've complained about Mia, but please don't get the wrong impression. She does have some redeeming qualities. She really is a good person and I liked her until she went a bit looney. However, once she was made to be rational again, I also began liking her again. There were really only a few chapters where I wanted to smack her...HARD.

All in all, this is a great book. Obviously I was feeling emotion. There were a few times that I even got teary eyed. The story itself was enjoyable. I was pulled into the story from the get go. I am already ready to read Rhys' story. I just can't get enough of these characters and am excited to see where the author takes them next.

Justine O. Keef , Luke Daniels were good with the delivery of the story. However, I don't see the point or like dual narration when it is deliverd as it was in this story. Why don't Audible, authors or producers listen. Most listeners don't like dual narration delivered this way. Dual narration works when the male reads the male dialogue and the female reads the female dialogue.
Having said that Justine performance was 5 star while Luke's was a 4 star performance.

Even better than book 1.

When the story said Mexican and Italian descent characters, I was expecting the narrators to use accents close to those. I was put off when I heard a somewhat Southern accent. The female narrator’s voice sounded too deep for what I thought a 20 something year old female would sound like.

One of my favorites are stories of rock stars. This romance between AJ and Mia did not disappoint. Loved the excitement of the story and the characters. Mia is very different from the usualy groupie. And AJ is very different from the sex addicted rock star. However, their love is fun. Enjoyed the story and the two narrators did an excellent job with the characters and their personalities.

Would you consider the audio edition of Beat of the Heart to be better than the print version?

I've only listened to this book so no comment.

What other book might you compare Beat of the Heart to and why?

If you liked this series I would recommend the "Sinners" books by Olivia Cunning - totally sexy men.

Would you listen to another book narrated by Justine O. Keef and Luke Daniels ?

Yes - but Luke Daniels has a nice voice but not the voice of AJ it was very annoying to listen to Justine give AJ a Hispanic accent and it be absent when Luke talked for him - very disjointed - would have been better with just one voice.

Sit back and enjoy!

I'd already read this series about a year ago and when the price of the audio became manageable I ended up buying all 3 of the audiobooks from the Runaway Train series. Loved the humor and romance and just enough angst mixed in.

Better than the first book in the series

The narrators were good, but in the first book, AJ spoke with an accent. That was off and on in this book. Still, these are good narrators and I'd gladly listen to them on other books, as well. I bought both the Kindle version and the Audible version, and the writing was an improvement over the first book. This one was better edited and I liked the way the characters related to each other. AJ was more mature, new what he wanted and went for it. He's constantly reassuring Mia; sweet really. I can see myself listening to this one again.

If you could sum up Beat of the Heart in three words, what would they be?

I liked that I could lose myself in the story. The beginning had me thinking I would not enjoy the listen, but it picked up. This is a great read for vacation...or when you need that happy feeling.

Without a spoiler .... the inventory scene

I did listen in all one sitting. It was an easy listen.

Guess this just didn't work well for me!

Wasn't the narrator's fault. She did a good job. This one just didn't do that much for me. Oh well, can't love every book out there. The first book was good, I wouldn't say great. This one is a good follow up. Think I just wanted the characters to be more.