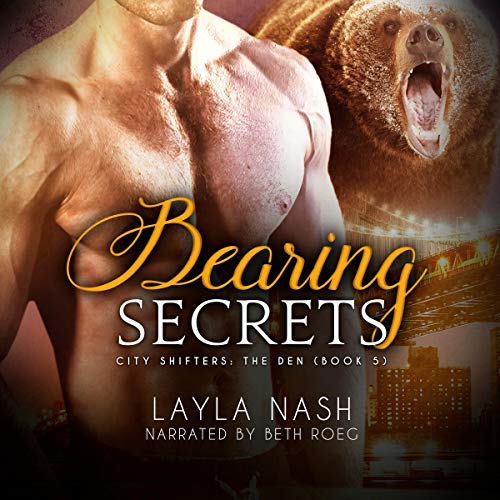 Sunshine Wilkes runs a shelter and escape route for women with nasty husbands. She handles whatever the world throws at her...until she rescues a crazy pregnant lady raving about werewolves - and carrying a little boy with a puppy tail.

Sunny realizes she's in over her head in a magical world she didn't know existed. So when a detective pal recommends a gorgeous Russian thug as a bodyguard, Sunny doesn't mind at all. Sasha Medvedev survived a Siberian prison, his parents' murder, roaming the Russian wilderness as a bear, and dealing death as a hitman for the Russian mob. All he wants is a quiet den, strong vodka, and vengeance for his parents. He's got one man left to punish for their death when Sunny careens into his life, bringing chaos and the first glimpse of hope he's had in years.

Sunny can handle a guy with a dodgy past - everyone's got secrets to hide, including her. Even him being a werebear is something she can come around to, once she gets used to the idea. But when her budding relationship with Sasha makes Sunny the target of an evil wolf pack and Russian mobsters, she starts to think some of his secrets are too dark to survive. Will Sasha's secrets ruin his future with Sunny, or will he finally break free of the past?