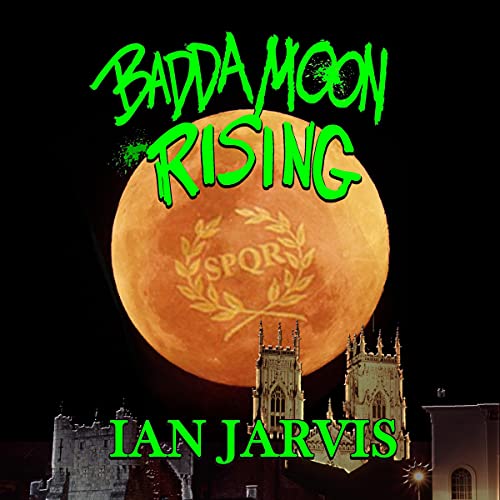 A modern-day Sherlock Holmes, Bernie Quist operates as a consultant detective from Baker Avenue in York. His assistant is Watson, although this Watson is a streetwise youth from the Grimpen housing estate, and he's definitely no doctor. The mismatched duo takes on bizarre cases that invariably lead into the realms of the supernatural, a shadowy world that, thanks to his dark secret, Quist is all too familiar with.

A new exhibition is on display in the York Museum, highlighting the infamous Badda sect and an obscure period in local history. Hidden away in North Africa’s Atlas Mountains, this secretive cult performed mystical rites and sacrifices to their god, a sinister deity in the form of a huge wolf. Two thousand years ago, the Romans brought this clandestine religion to Yorkshire, but sickened by their obscene practices, the Emperor Hadrian crushed the sect before it could become established.

Quist and Watson suspect the exhibition is connected to the grisly murders that are currently baffling the York police. It can’t be a coincidence that these magical artifacts arrived in time for a unique date at the full moon, and how is the glib clairvoyant Kyle Tarot involved in this? The detective’s terrified assistant soon wishes the Roman emperor had been a little more thorough in his effort to stamp out the Badda cult.

A dark and very peculiar game is afoot....

In this book, Mr Jarvis brings Ancient Rome into the mix, and by Iovis!, he does it wonderfully!

With each book, I fall more deeply in love with this series. The way in which it keeps adding from the previous stories is great. And I love. love, love that Bradstreet is finally aware of the supernatural world. Not ALL of it, mind you, there are still secrets (like what Quist really is), but at least she now knows the general scoop :P

And it looks like I'll always love Watson, no matter in which incarnation; but seriously, the kid is fantastic. He spends most of the book deadly afraid, but he never once backs off. ♥

Christopher Power is still doing an awesome job with the narration :D