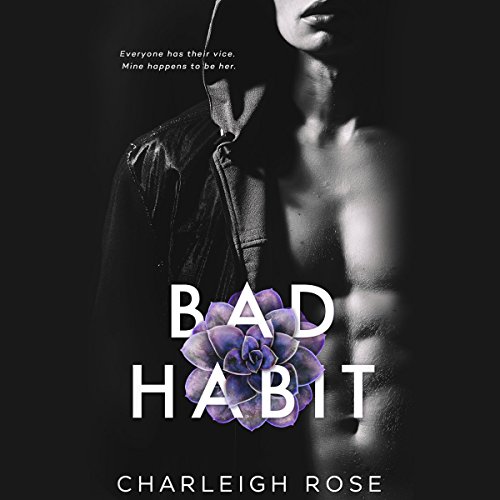 I was infatuated with Asher Kelley the moment he came tumbling through my brother’s window five years ago. Even bruised and bloodied, he was the most beautiful boy I'd ever seen. We couldn't ever be together. I was too young, and he was too untouchable. He was too troubled, and I was too naive. But the heart is rebellious, and mine decided it didn’t care about any of those things. As I got older, harmless flirting turned to stolen moments in dark corners. Until one day, he was gone without a trace. Now, three years later, he’s back. Callous and cruel. He’s my brother’s best friend. My parents’ worst nightmare. I should hate him. But like a bad habit, I can’t quit him.

I was drawn to Briar Vale from the first time she looked up at me with stars in her big, blue eyes. She was just a kid, nothing but elbows and knees, but she was the most beautiful creature I'd ever seen. We could never be together. I was too old and she was too off limits. She was too good and I was too fucked up. Eventually, the temptation became too much to resist. I risked everything for a kiss and she betrayed me. Three years have passed and I’m forced to see her again, but now she's all grown up. She’s my best friend’s baby sister. My downfall. I hate her for what she did. But she's always been my drug of choice.

I couldn’t ..........Could they have at least made her 18 when they reunite? I read in online reviews that they are 17 and 21 in later chapters. I quit reading once he started making a move on her at while she was 14 .We can not romanticize this kind of junk. It will give young girls the wrong impression. As a survivor of sexual abuse I couldn’t with this book... Asher is a creep.

Loved this story of Young Love♥♥♥♥♥

Charleigh Rose wrote a fabulous story of young love, miscommunication and second chances. The performances of Lexy Richmond and Roberto Scarlato were perfection and this is one BAD HABIT that you'll want to keep. Extremely well done all around ♥♥♥♥♥

You don’t have to endlessly complicate things to make a story. The misery of these two idiots seems really unnecessary

I loved this book. The characters had enough depth to make it interesting without driving the story overboard. The writing was flawless and well timed and the narration was spot on for both Lexy and Roberto.

Bries age was cringey at first...

struggled to get started. Bries age bothered me. But I liked the characters and kept an open mind. well worth listening to.

i have mixed emotions about this story. it was good, but there were aspects that had me cringing.

The writing, the pacing, the story, the characters were all perfect. Obviously, I’m not reading romance for enlightenment or it’s erudition. I read it for it’s ease and ability to take me a way. This one had all of the feels and a HEA. Asher is the ultimate book boyfriend! I almost wish this was a series. Since it’s not, I’m currently looking for her next book because the review numbers indicate the author is more obscure than her talent deserves.

I had a problem with the female lead being under age. I get that 17 is very close to 18, but what’s one more year. Listening to sex scenes about a 17 year old was not cool. And who was that sexually and emotionally mature at 17? I had no idea what I was doing at that age, yet this lead acted more like a 30 year old than 17. Far fetched.

Not Usually one for YA

I enjoyed it, it was angsty full of assumptions that made the plot of our story full of a major plot twist. there's also very hot scenes that are blush worthy.

having never read this author I was unsure of what to expect however was happy and look forward to more, the performance was also perfection our Heroine's potrayal couldn't have been more perfect especially with her being a young adult.

Not the best book.

This was an ok book. Not really worth the credit. sweet but it's to much like all the other regular typical love stories I read. I need more than this.

The was in equal parts hart warming and funny. I laughed out loud often and grinned my way through. The male narrator sounds like sex on sticks, and that makes listening to the story unfold even better and believable. It portrayed the sexy and cool hero like a mirror. The female narrator was very sweet and did a very good job portraying the heroine. I really enjoyed both characters! Keep on doing it! Thank you for the pleasure of listening to such a well produce and made audio book!