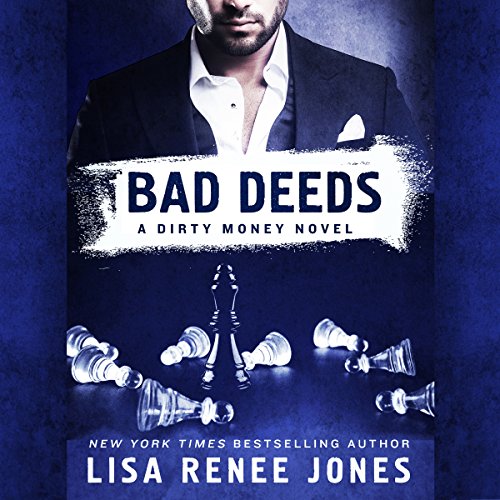 Would you bleed for the one you love? To save his family empire from the grip of the drug cartel, Shane is pushed to the edge of darkness, forced to make choices he might never make. His father is dying. His brother is desperate to rule the empire, and this means war, and all gloves are off. His brother only thought he knew what dirty meant. Shane is about to give it new meaning.

There is another war brewing, though, and that one is inside him, his battle between right and wrong, light and dark, and in the heat of the night it is Emily he turns to for escape. Driving her to new limits, pushing her to accept a part of him that even he cannot. In every one of Shane's seductive demands, Emily can taste and feel his torment, his struggle to save his family and not lose himself. But he is losing himself, and that is a problem just as dangerous as her secret that still lurks in the shadows, a threat to the Brandon family waiting to erupt. No matter where she and Shane have traveled or will travel in the future, she can't just sit back and watch him become everything he hates, everything he never wanted to become, everything she tried to save him from when she tried to run. It could be their undoing, the end. His end.

This is war, blood will spill, and someone in the heart of the Brandon family will not survive....

Why oh why must this story have to end on a cliffhanger? I loved these and now they are ruined! I will not ever buy another book by this author! I bought three of these! What a waste. The narration was great! I HATE CLIFFHANGERS!

Another cliffhanger!!!!
I can't believe I am the only person who thinks this is the absolute WORST narration?! Actually editing, I have listened to both narrators before and enjoy them. Somehow they sound like robots on sleeping pills in these stories which makes it so hard to listen even at 1.25 speed!!
However I love Lisa Rene Jones so I will wait a year for the next book. Hopefully the editing will be better by then!!

The female narrator is terrible. It’s very distracting. Will not listen to anything else by Grace Grant.

A must have audiobook!


BAD DEEDS is yet another stellar book in the "Dirty Money" series!
Where the twist, turns, suspense and that fire that Lisa Renee Jones is known for ignites! Engulfing you, with sultriness of it all! Then having you second guessing it all! Leaving you teetering on the edge of nothingness!
Wracking my brain now!! My mind is still swirling WTF???

BAD DEEDS is a true mix of a mind-blowing vortex, sexy as sin and that typhoon of emotions! Which always has a way of erupting! Making you a puddle of mush! This book will hit you with a Bam!!!
OMG, I needed this Mind Caper of volatility in my life!

Did not like the female reading style. way too robotic other than that not good story from the author

We're more than halfway through this series now. Book #3 and we're deep in the belly of the beast. It's like trying to watch a game of chess unfold through a thick fog of deception, while flames are closing in on you from every side. There are so many players in this game, so you really need to concentrate to keep track of them all, especially when some of them make unexpected moves and seem to transform like a chameleon. This book had me questioning everyone's motives. In the end, it all boiled down to a clear picture of where most of the players stood, leaving me hanging with a heart-stopping ending that has me desperate to find out what happens next.

Since this is book three and giving a recounting of plot points would be silly, I'd like to give her praise for a couple of things. If you have read many of her books, like I have, you know by now that her plotting level is pretty much genius. The way the characters and events are intertwined combined with multiple clever and shocking plot twists require you to be fully engaged and alert. Her mental game is strong so you better be prepared to keep up. Of course, to accompany that, is a plentiful amount of passion, heat and chemistry. She leaves you wanting for nothing.

Lisa is known for writing these intense and complex books, so naturally it takes time. There are often many months between books in a series. I read many books in a week, so remembering vivid details of every book I read is impossible. I deeply appreciate that she includes a summary at the beginning of the book to refresh my memory on previous events, so I can start reading the current book with a better memory of what happened.

Not the ending I was expecting at all. I really really hope there's another book.

OMG, Bad Deeds is a wonderful book. Love Shane & Emily closeness and their chemistry. Love how Derrick & Shane amend their differences. Shane always thinking of his family legacy on how to better it. Trying to get away from Cartel seeming within reach until Shane can't get ahold of Emily. Now everything is falling apart. I'm so sad I have to wait til January for last sequel very suspenseful ending.