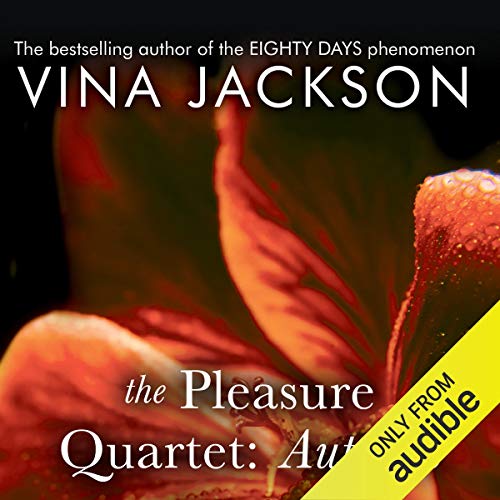 I always knew I was different from other women... An eminent psychiatrist has established there are five stages of grief: denial, anger, bargaining, depression, and acceptance. When Dominik died, I experienced none of these.

I initially found myself reeling in shock, and then all I could do was miss him, miss him, and miss him over and again. Missed his presence, his words, the familiar hard warmth of his body in the bed next to me when I awoke on cold winter mornings and, shamelessly, evoked all the many ways he would make love to me, the rawness of his domination and how I opened myself to him and his desires like no other man before him...

Vina Jackson is the pseudonym for two established writers working together. One a successful author and broadcaster, the other a published writer who is also a city professional working within walking distance of the Square Mile. Born on different continents, the two halves of the Vina Jackson duo share a love of dark, true to life yet deeply romantic erotica along with a fondness for coffee and lemon sorbet (though only one of them takes sugar).

They speak four languages between them, though have only one in common. Brought together by a long and fateful train journey, they now do their best to avoid public transport and instead meet on the page to bring their readers the extra spice they've come to expect from the Sunday Times and internationally bestselling eighty days series with their highly-anticipated new series, The Pleasure Quartet, launching in the autumn. Their work is an international phenomenon, translated into over 20 languages and selling 1.5 million copies worldwide.