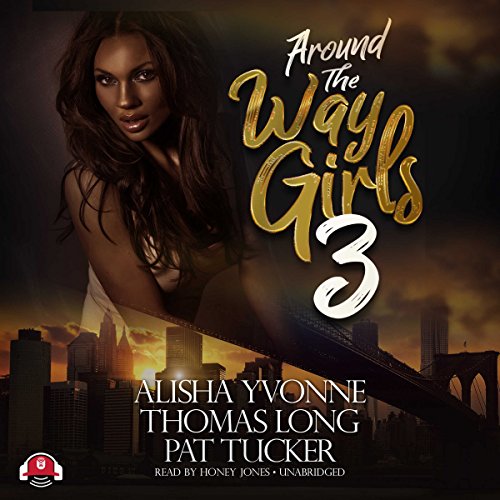 Around the Way Girls 3

There's a saying that if you come from my part of town, you're from "around the way". Around the Way Girls 3 is a look at the life of some street-smart women who think they know it all but are about to get the lesson of their lives.

Sugar and Candy Cane are 24-year-old identical twins from around the way. These ladies aren't as sweet as their names imply, and people quickly come to know them as double trouble. The Cane twins have a love-hate relationship, which keeps them at odds, but when all hell breaks loose, there's no question as to whether they'll have each other's backs.

As the daughters of the infamous gangster Timmy Barnes, it was only natural that Tamara and Tamia would follow in his footsteps. But in their pursuit of the spoils of the fast life, a family secret is unraveled that may tear their lives apart.

Twin sisters Paris and Porsha McCain have a score to settle when their sister, Alex, is found brutally beaten and dead on the streets of South Central LA. Instead of waiting for the police to catch the killer, Paris and Porsha set out to exact their own kind of justice.

I never wanted the book to end!! It's so surreal!! It's the Bomb, The last story Honey!!💯💞

Moral of the story

Never disrespect your parents.. not only was these chicks delusional but they where clueless. No way you smoke those many people & float away with no consequences gtfoh

The first two story were good but the third one touch my heart more! Very deep! So far I’m enjoying the Around the Way Girl series!

I couldn’t listen to the second story

I had to cut off the second story and go to the next. What did she mean she couldn’t see things from her mothers point of view ? So it was okay for her father to mess around on their mother but when the mother did it it was treachery? Misogyny at its best they could have kept that story. Also this narrator needs to find a new job she sucks .