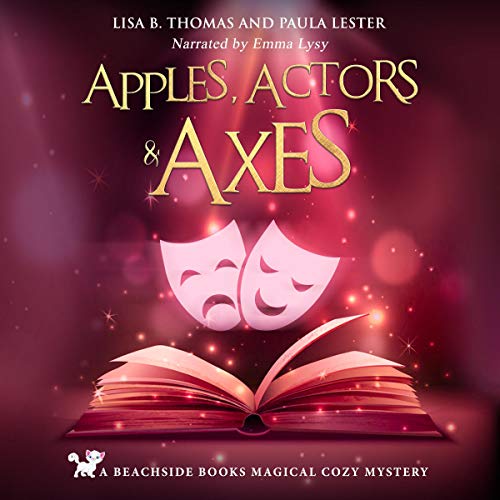 Someone has an axe to grind. Literally!

Paige Murphy has settled into her new life as a writer and bookshop owner. Business booms when an infamous Hollywood director announces he’s hidden a treasure that could bring fame and fortune to whoever finds it...and his clues lead a bevy of actors and adventurers to Comfort Cove!

But when the body of one of those actors is found on the beach, Paige’s detective brother sets his sights on Paige’s hunky new assistant as the killer. Now, she must turn to her newly-formed coven and resident ghost to catch the real murderer without jeopardizing her brother’s new job.

If you like your cozy mysteries with a cast of quirky characters, a dash of magic, and a loyal but slightly dim-witted cat, you’ll love this light-hearted whodunit.

Apples, Actors and Axes is ok if you have nothing else to read, but, I think I would rather do chores around the house. The story moves slow, Paige and her coven got on my nerves and some parts of the story are just ridiculous. It's just not for me.