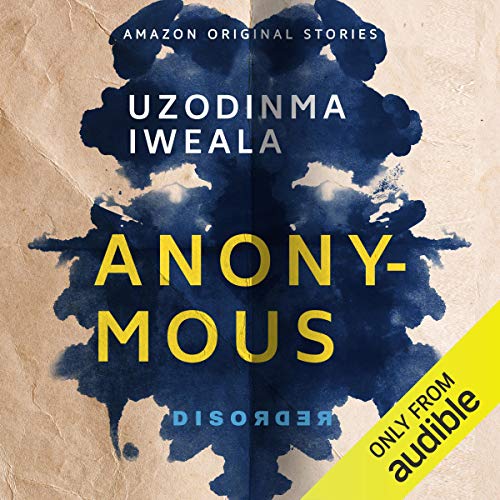 Welcome back to America! For a man trapped in the Homeland Security machine, passing through customs becomes a nightmarish odyssey in this story by the author of Beasts of No Nation.

He’s a well-traveled consultant arriving home at a metropolitan airport. He’s also become accustomed to extra scrutiny for his brown skin and many-stamped passport. But when he’s whisked away, isolated, and chained in a stark white room without explanation, his reality crumbles. Because what he doesn’t know is the most damning evidence against him.

Anonymous is part of Disorder, a collection of six short stories of living nightmares, chilling visions, and uncanny imagination that explore a world losing its balance in terrifying ways. Each piece can be read or listened to in a single disorienting sitting.

Best of the bunch

Easily the best of the Disorder collection. Nice prose and atmosphere. I even got a nice quote out of it...


”Patience is a virtue... good things come to those that wait. You never before realize how many aphorisms are just attempts to convince the agitated not to act.”

Reading this sent chills down my spine. What with the tactics that are being employed by the current white nationalist regime in the U.S. I can believe this is how they treat black and brown people; torturing you because of the color of your skin or the differentness of your name or religion... never telling you why they are torturing you and letting you go without saying anything of substance and then justifying that they’re only doing their jobs. It’s disgusting and this book touched on that. Even though this is a short story, it’s effective in getting its point across and it’s eery.

This story was very hard for me to follow. It went back and forth a lot. I read part of it on the kindle and listened to part of it on Audible. The narrator was difficult to understand, but the accent did make it more authentic. The story seemed to end without much purpose.

My Country is Now a Kafkaesque Nightmare

A man detained for no good reason. His life completely disrupted, because my government is paranoid.

shocking story that was very well told. Amazing that people have to go through things like this...

Struggled to finish it!

This story only provides one side of the circumstance. After 9/11 Americans have been paranoid and rightly so.

I felt like I was actually part of the story. I really felt for this guy.

It’s …. ferocious. It will stay with me for a very long time.

This is a glimpse into what it means to be caught up in the mechanism of an almost impersonal evil. Who needs ghosts, devils, or monsters when we have us?

I’ve never been so chilled by the suggestion of a US accent before.

This is the closest I have come to grasping both the dehumanization of racism, and the utter insanity of it

I will add a warning to my recommendation for BIPOC listeners, as very little about it will be a revelation, and it might flay too close to the bone. But I do recommend it.

I’ll be reading/listening to anything I can find by this author, or this narrator.

I love that the author chose to write this story in second person because it places the reader/listener into the shoes of the protagonist. Given this topic, I think that choice is powerful for creating empathy. I also enjoyed the narration.

What a propaganda waste of time. Even 40 minutes is too long! Don’t waste your time.