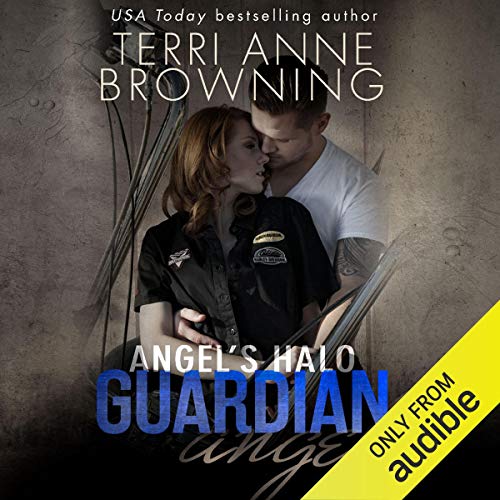 Things in Creswell Springs have been quiet lately. Or so it appears.

Appearances can be deceiving.

The night I met Gracie Morgan was the night that my life changed forever. I saved her that night, but it feels like she's been the one saving me ever since. (Hawk)

Hawk didn't just save me that night. He took me home with him and his family made me one of their own. I felt safe with them and quickly began to fall for the man that was my guardian angel. (Gracie)

The events of that night have not faded from anyone's memory. The Angel's Halo MC delivered their own vengeance against the guys that had hurt Gracie, and the ones that just stood by and did nothing.

But they didn't realize they were dealing with a sociopath like Kevin Samson. Now no one was safe....

It's taken three books for this series to come into its own. Really looking forward to book four. Just wish they'd stop saying female so damn much!

Hawk Hannigan saved a girl, Gracie, from being raped at a party..brought her home and has a protected and kept her safe ever since.
They develop a relationship and as they do so we revisit the couples from the prior books and build towards another.
Surprises, action, and continued slow development of the story and family.
Great narration as before...can’t wait as I head into the next book!

I like this story but Gracie is the most annoying character in the series. She's judgemental on some things and refuses to let anyone explain anything. She jumps to conclusions and that's it, that's her truth regardless of what the actual truth is. For someone going to law school, that's a terrible attitude.

Sounded like a bunch of old men. It was hard to pay attention to the story when I could barely tolerate the old scratchy voices.

A biker novella for the ages

I’m no longer surprised by how much I’m enjoying my time in this world but it should be noted every time because I am. Dramatic and gritty and sometimes sexy it’s just a really good time spent in the world of this biker family.

the Angels Halo mc books are the best yet, that I have listened too. it uses multiple narrators and it keeps up with everyone not just one couple at a time. makes me feel like I'm watching a movie.
this book doesn't let me down. on to the next book.

These multiple narrators are sooo bad...

Only buy this if you can stand mostly female narrators who can't even make a distinction between the multiple female voices, much less a convincing male voice. I have not had a problem with the male narrators until this story. The male narrator who is voicing Hawk makes Bash sound like a slow witted retard because he isn't able to do multiple male voices. The only thing I can think is that the author contracts to have this audible book and has no say in who the narrators are... Read the book... these narrators distract from the story... what a waste... I was so looking forward to Hawk's story... The male narrator ruined it...

Hero of my Heart

I am awe of this series they just keep getting better and better. This one is something very special it hits where it hurts the HEART. I will continue to listen to every single one of them

Great to listen to

This is about Gracie changing Hawk's life the night they met after he saved her from being raped by two guys.Gracie was trying to go to collage to be a lawyer on her own but she only has the money for one year so she told Hawk that she need to get two job's while collage was out for the time being. Hawk did not like that but he let her done it. Hawk's and Rave's older brother was getting out of jail Now is the time to get the book to find out what happens to the people in the book well worth the buy. I will be getting more from this author.

Really enjoyed this story it was sexy and intriguing with just the right amount of action. The narration was terrific!