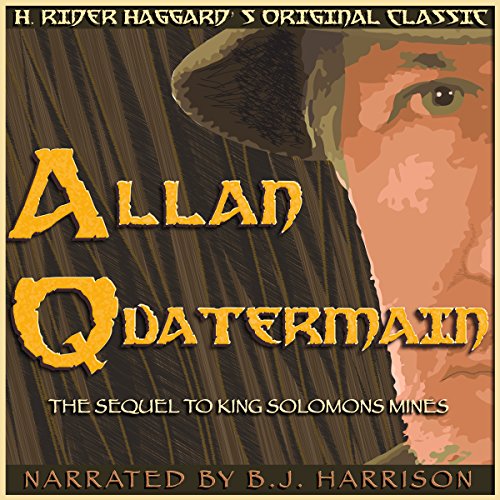 Haggard wrote Allan Quatermain immediately after King Solomon's Mines, though it takes place at the chronological tail end of Quatermain's adventures. He has just lost his only son, and is now wearied with the traditional English lifestyle. He longs for the wilds of Africa. He convinces his friends Sir Henry Curtis and Captain John Good as well as the Zulu chief Umbopa to return to Africa in search of a fabled race of white people.

Fierce Masai warriors, subterranean rivers, creatures from the deep, and a spectacular civil war are all in store for our seasoned adventurers. It's an adventure you won't want to miss!

Even better than King Solomon’s Mines!

I enjoyed King Solomon’s Mines. It was entertaining, even thrilling, as well as humorous. I fell in love with the characters as well. This prompted me to explore the sequel which, I am happy to say, had all of the above qualities but to even a higher degree!

This is a favorite book on par with the best produced by Wilbur Smith or Earnest Hemingway. This novel touched me in many ways and was just what I wanted... could ask no more.

I have always enjoyed the work of a traitor haggard, and this performance of his sequel to king Solomon's mines is no exception.