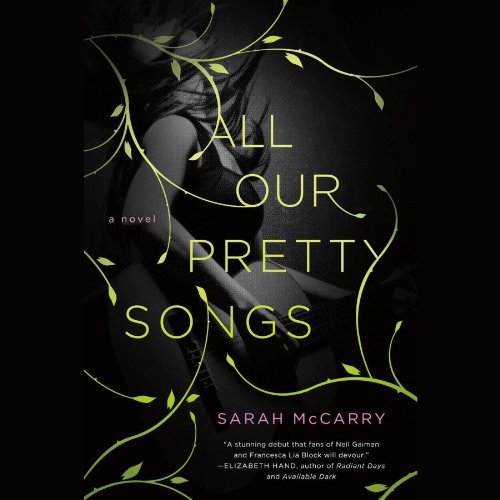 All Our Pretty Songs

All Our Pretty Songs

This is a story about love, but not the kind of love you think. You’ll see…

In the lush and magical Pacific Northwest live two best friends who grew up like sisters: charismatic, mercurial, and beautiful Aurora, and the devoted, watchful narrator. Each of them is incomplete without the other.

But their unbreakable bond is challenged when a mysterious and gifted musician named Jack comes between them.

His music is like nothing I have ever heard. It is like the ocean surging, the wind that blows across the open water, the far call of gulls.

Suddenly, each girl must decide what matters most: friendship, or love. What both girls don’t know is that the stakes are even higher than either of them could have imagined. They’re not the only ones who have noticed Jack’s gift; his music has awakened an ancient evil - and a world both above and below which may not be mythical at all. We have paved over the ancient world but that does not mean we have erased it. The real and the mystical; the romantic and the heartbreaking all begin to swirl together in All Our Pretty Songs, Sarah McCarry's brilliant debut, carrying the twoon journey that is both enthralling and terrifying. And it’s up to the narrator to protect the people she loves - if she can.

I was suckered in by "In the lush and magical Pacific Northwest". It was pretty much down hill from there. Standard tropes - dead dad, dysfunctional other adults, aimless juveniles. Maybe not a good PR for pot.

The audio file is terribly edited.

Narrator comments, coughs, etc. not edited out. I think you have to be a little younger than me to appreciate the story fully. Maybe if I'd been a wilder teenager, or young enough that Kurt Cobain's story is as historic for me as Jimi Hendrix's, but this story feels more like a sketch than a complete picture, and maybe it's supposed to. The ending felt like the story broke the rules it had established, but maybe that unfairness is intentional as well. It's hard to say, but I will certainly be thinking about this story and what it means, and what my reaction means, for a good while.

This book is both beautiful and dangerous. The supernatural elements of the book are woven throughout making you unsure whether it is really happening or if it is in the narrators imagination.

I found it interesting that you never learn the name of the narrator. We follow her, love with her, and are scared with her but we never learn her name, making her an enigma. I loved that she was mysterious, yet I felt like I knew her.

What does Renata Friedman bring to the story that you wouldn’t experience if you just read the book?

Her narration gave this story life. I'm currently reading the third book of this series and I am hearing Renata's voice for some of the characters.

Deal with the Devil