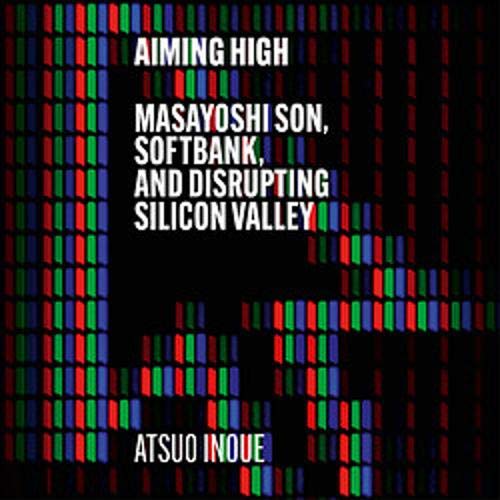 The first ever biography of Silicon Valley's legendary investor and SoftBank's founder, chairman and CEO.

I have no intention of making small bets.

In order to understand what's happening in Silicon Valley, you just need to look at Masayoshi Son.

There is no one in the world right now who is in a better position to influence the next wave of technology than Masayoshi Son. Not Jeff Bezos, not Mark Zuckerberg, not Elon Musk. They might have the money, but they lack Masa's combination of ambition, imagination and nerve.

Masayoshi Son is the most powerful person in Silicon Valley. As CEO and founder of the Japanese investment firm, SoftBank, 'Masa' has invested in some of the most exciting and influential tech companies in recent memory - Uber, WeWork, ByteDance, Slack and many others. Prior to that, he was known as one of the first investors in Alibaba and Yahoo!

He has an audacious vision for the future and one that is unmatched in the tech industry. Aiming High provides insight into this charismatic and visionary leader.

Originally published in Japan, this book charts Son's rise from a Korean immigrant who dropped out of high school to becoming one of the wealthiest people in the world. With unprecedented access to Son, including exclusive interviews, this book creates an authoritative account of how SoftBank and it's visionary and charismatic CEO is shaping the future of tech.