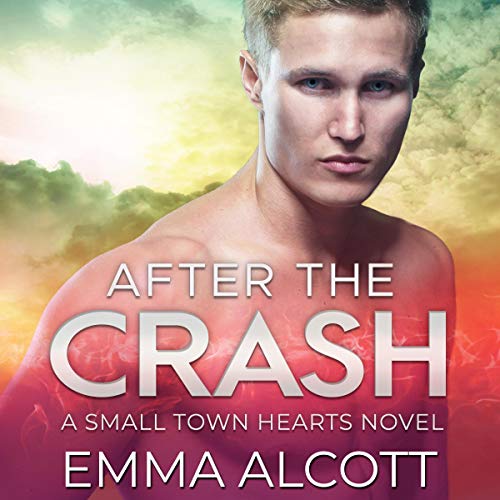 Rule number one: Straight military men will always be straight, no matter how much you wish otherwise.

Rule number two: Being a billionaire won’t change that (probably).

Rule number three: The whole thing between you when you were in high school? It was only fantasy.

Rule number five: God, how great would it be if it was a two-sided fantasy?

Rule number eight: If you don’t let your feelings get in the way, everything will be fine.

Marshall Lloyd is about to be very not fine. Not only is his high school crush back in his life, but he’s matured into a gruff, brooding, drop-dead gorgeous specimen of a man who makes Marshall’s wet dreams seem about as exciting as drying paint.

The only problem? Fox Fraser, the individual in question, is straight.

The kind of straight that would make a ruler jealous.

But if what Marshall sees when he looks in Fox’s eyes is to be believed, he’s broken, too. There are scars inside of him that no one notices. No one but Marshall. It’s not wrong to want to help him, is it? To hire him to take care of things around the house so he can get back on his feet? It’s just work. Work that leads to lingering looks. To prolonged touches. To...mmph.

It’s better not to think about it.

Marshall’s fantasies aren’t real. A guy like Fox would never pin him to a wall and do things to him like that.

After the Crash is the first book in the Small Town Hearts series, which features heroes scattered across the rural United States who find love where they’re least expecting it. In addition to explosive chemistry, you can expect sneezing bushes, tea that tastes like hay, and a wet wrestling match that's just boys having fun, Mom.

After the Crash by Emma Alcott is the first book in the Small Town Hearts series. This is a contemporary m/m romance that is full of emotions, drama, humor, and romance. Fox and Marshall are fantastic characters that have a beautiful and wonderful story. As the first book in a series, this does a fantastic job of making me need more books.

The narrator of the story is JF Harding. A fantastic job of bringing the story to life. The characters have their voices and the personalities shine through the voicework. The recording is clean, clear and smooth.

Ending
💖Happily Ever After

It Gave Me , All The Feels!

After the Crash, is a contemporary, feel good , hot AF , romantic, MM, HEA love story with a sweet epilogue. It deals with PTSD , paying it forward, letting emotional baggage go and love ; lots of love , for others and oneself. And it gave me ALL the feels.

J. F. Harding narration was entertaining and engaging. His lighthearted , friendly and natural voice style and delivery fit perfectly with the positive ,hopeful and fun tone of the book.

Simply put, After the Crash is all of the best ingredients of a Hallmark movie and a Lifetime movie put together.

Thank you for the ARC Audio, I voluntarily give this book an honest review. Coming back home to Bulrush was going to be a trial test for two very different men from the boyhood they left behind. One was a returning successful IT man that was bullied throughout school, while the other had no where else to turn after his days in the army. Fox needed help but when the people he thought he could rely on didn't nothing but citizens him for his PTSD where could he go from the darkness his life had become.
Loved and luaghed at Marshall and Fox at the sneezing man eating bush part. J.F. Harding did such a great job bring Marshall with his sassy and quirky ways along/ Fox's brooding to life. An overall great story of struggle and the support of loved ones.

A wonderful beginning to a new series

This is a very interesting story, wonderfully crafted.

Both characters have some issues, although Fox's are, indeed, the most challenging, as he is dealing with severe PTSD. Marshall, on the other side, has grown in poverty and been severely bullied during high school. Now, successful, and with enough money to fill a swimming pool with rubber ducks (don't ask!), he discovered that nope, money doesn't magically erase solitude.

I found lovely the full circle provided by Marshall saving Fox this time around. Karma, sometimes, is a lovely dame :P

They fall in love in an easy and yet realistic way; they face the challenges of Fox's PTSD together and without a magical cure that makes everything okay in a second.

The secondary characters are interesting too, particularly Sam, who acts as a kind of mirror of Marshall's youth, only, you know, umbrella's royalty =D

This is a sweet story, with a medium level of angst; for moments funny and for moments sad it grabbed me from the beginning and never let me go.

And J.F. Harding does a very good job with the narration, dealing wonderfully with the emotional passages. A great choice.

Starting in on this book after I’d gone to bed wasn’t the smartest choice I’ve ever made. From that first minute I was seriously hooked and drawn into the story, captivated by the characters. Oh, how I wanted justice for Marshall when he was a teenager. Barely having recovered for that, we meet Fox present day, and I end up having my heart broken for him too. Raging at his insensitive mom. All in all, going to sleep wasn’t high on my list that night 

Marshall needs a change, and returning home to make peace with the past. He’s not the bullied weird kid anymore. He’s still gay, nothing’s going to change that. But having conquered the IT world he had the luxury to do whatever he wanted with his life. So he buys an old Victorian home and decides to stay there while figuring out his next move. Investigating a sneezing bush, he finds his high school crush and white knight; Fox. Now a man, deeply haunted by his time in the military. He offers Fox the position as groundskeeper and a room in the house in the hopes of chasing away some of the ghosts living within Fox.

The two get along right away and it’s not long until their duo includes the teenage son of one of their class mates. A teenager that’s not only gay and wears make up, but also one that wants to go places after graduating. Something his father does not approve of. The three of them get along from the start and mentoring Sam helped Fox in so many ways. I loved their dynamic.

Marshall and Fox were perfect for each other, there was this innate understanding between them that was just beautiful. They complimented each other and there was communication throughout. They both had issues and ghosts to deal with, but they never caused any drama. Personally I would have liked to see a few less sex-scenes and more time spent just being with each other for the sake of it, but that’s just me.

Emma Alcott’s way of crafting the story and J.F. Harding’s ability to make it come alive was incredible and I loved them both. This book was a great mix of sweet and fun, but also sad and very serious dealing with some very heavy subjects. I have to praise Alcott for balancing it just right, giving each section the room to be explored, never venturing too far in either direction into ridiculousness or too heavy and becoming a downer. It felt right.

I loved J.F. Harding’s narration, to the point where my next stop is Audible to scour his works for something else to listen to. He narrated with feeling, he made you feel Fox’s fear and anxiety to the point where you too wanted to huddle in a dark corner somewhere. He made you go through all the feelings, the good and the bad. He made you live the story with them. I also really appreciated his female voices, they sounded credible and not overdone.

The snipes and drop-bear story was hilarious, I was grinning so hard I had a difficult time not laughing out loud. Not that it would have mattered, for once, seeing as I was at home making lunch. It did however make it so much more fun cooking. I can’t understand how Harding narrated it all with a straight face, how he didn’t laugh his way through it. He narrated it brilliantly in any case.

After the Crash was beautiful and moving and I’m definitely going to look for more books by this duo.

Every once in a while low angst is perfect.

This book was a breath of fresh air. I loved the story and the way the love blossomed. I thought the author and narrator did a great job of making them seem very authentic.

Narrator was the only thing to stop me from DNFing

Sadly, I didn't like the story so much, there were parts I thought I did, but at the end I was more annoyed at the characters then fond of them.
Marshall had hilarious internal dialogues that made me laugh, He and Fox seemed to be going great with a friendship that was evolving into more. Yet, when Fox suddenly decided that he was into Marshall I lost the believability of this story. There were other things that I didn't like, Fox's mother was very chliche', also once they start being physical it is described in a way I found off-putting, almost Dub-con to me. I was waiting for the story to end, to be honest, and although it did try to deal with PTSD, I found it just glossed over it more then it did it justice.

This story follows Marshall - a successful tech billionaire coming back to his home town. He runs into Fox - his former high school crush who saved him from bullies. Marshall is trying to overcome the trauma of his childhood bullying. Fox is trying to overcome severe trauma from his military career. I really liked how Foxs struggles were portrayed. You just really felt for him, and the way Marshall helps him is just so sweet. We get to watch them fall in love, and then work together to help Fox. There isn't a lot of unnecessary angst, it all feels very real. I really enjoyed this story. The narration was really good as well. I loved the voices used.