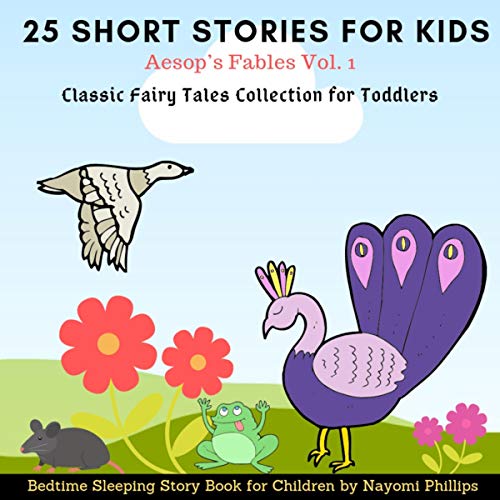 Aesop's Fables are stories based on analogies and caricatures featuring mostly animals. These stories got the collective name Aesop’s Fables from the person who collected the stories. Aesop, popularly believed to have been a Phrygian slave, collected his fables sometime around the sixth century BC. Whatever his real story may be, the fables he collected feature valuable lessons.

In addition to 25 fables you’ll get a three bonus fables from another audiobook.

We are giving away “The Dog, the Rooster, and the Fox”, “The Wolf and the Baby Goat”, and “The Bundle of Sticks” from Aesop’s Fables Volume 2.

This audiobook is part of a series of classic fairy tales. Don't forget to check the other volumes of this series. I’m sure you’ll enjoy this.

Wonderful for children of any age

My son loved this book. He is 8 years old and loved to listen along to classic fairy tales, some which he already knew and others which he was discovering for the first time. I have to admit that I stopped my work to listen too. A great book for bedtimes, road trips, or rainy days.