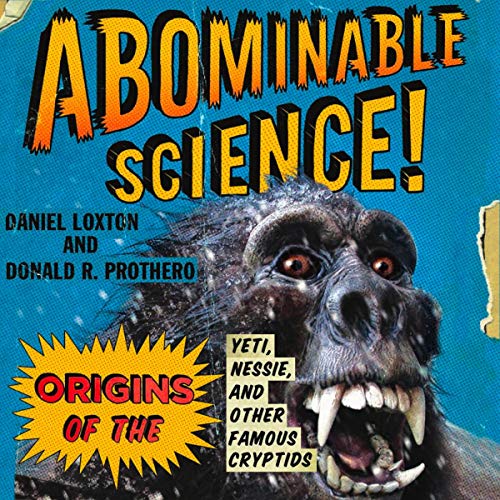 Throughout our history, humans have been captivated by mythic beasts and legendary creatures. Tales of Bigfoot, the Yeti, and the Loch Ness monster are part of our collective experience. Now comes a book from two dedicated investigators that explores and elucidates the fascinating world of cryptozoology.

Daniel Loxton and Donald R. Prothero have written an entertaining, educational, and definitive text on cryptids, presenting the arguments both for and against their existence and systematically challenging the pseudoscience that perpetuates their myths. After examining the nature of science and pseudoscience and their relation to cryptozoology, Loxton and Prothero take on Bigfoot; the Yeti, or Abominable Snowman, and its cross-cultural incarnations; the Loch Ness monster and its highly publicized sightings; the evolution of the Great Sea Serpent; and Mokele Mbembe, or the Congo dinosaur. They conclude with an analysis of the psychology behind the persistent belief in paranormal phenomena, identifying the major players in cryptozoology, discussing the character of its subculture, and considering the challenge it poses to clear and critical thinking in our increasingly complex world.

"Abominable Science! is the defining work on cryptozoology of our generation." (from the foreword by Michael Shermer, author of The Believing Brain)

"Highly recommended for readers looking for scientific but accessible evaluations of the existence of five notable cryptids that have captured our imaginations." (Library Journal)

this makes me embarrassed to be a skeptic.

Best book of its kind

A bit long and a bit boring but if someone wants the skinny on this subject matter, this is the book to read or listen to. Exquisitely researched and presented.