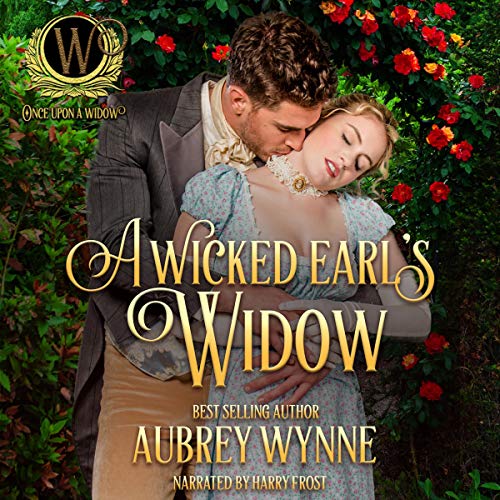 Eliza is forced into marriage with no idea her life will change for the better. Married less than a year, her unwilling rake of a husband is surprisingly kind to her - until his sudden death. The widowed Countess of Sunderland remains under her in-laws’ protection to raise her newborn daughter. But her abusive father is on the brink of financial ruin and has plans for another wedding.

Nathaniel, Viscount of Pendleton, gains his title at the age of 12. His kindly but shrewd estate manager becomes his father and mentor, instilling in the boy an astute sense of responsibility and compassion for his tenants. Fifteen years later, his family urges him to visit London and seek a wife. The ideal doesn’t appeal to him, but his sense of duty tells him it is the next logical step.

Lord Pendleton stumbles upon Eliza on the road, defending an elderly woman against ruffians. After rescuing the exquisite damsel in distress, he finds himself smitten. But Nate soon realizes he must discover the dark secrets of her past to truly save the woman he loves.

It was a great book. I could not put it down. It made me want more from this author. I got this book from an audio site but it is my honest and voluntary review.

First, I must say that the narrator Harry Frost is fantastic. He has such a sexy voice and delicious English accent! He totally impressed me from the very first sentence to the end of this novella. His voice is as sizzlingly hot as that of Alex Wyndham, and that is high praise coming from me. In addition, Harry Frost did a perfect acting performance of all the characters. He very versatile and totally believable as the brave hero, the admirable heroine, the chilling villain, the adorable toddler, the older women, and everyone. Each character’s voice was distinctive and pleasing to my ear. The narrator even perfectly conveyed the scary, sadistic villain in the chapters from his perspective.

I loved the thoroughly compelling story. The writing was excellent, and the storyline was believable for a Regency romance. I absolutely loved the main characters, Lady Eliza and Lord Pendle. They were so great together, and their romantic dialogue was very memorable. This novella is written in third person perspective alternating between the heroine, hero, and a few short chapters from the villain's perspective. It is a clean, sweet Regency romance. There was flirting, kissing, and simmering chemistry between the main characters.

Note: there is some harsh physical abuse perpetrated by the heroine’s father, so elements of the story might be too dark or triggering for some readers. I generally have a low threshold for abuse in a novel, but the multiple happy elements of the story made it not too dark for me. The inner strength of Eliza, the wonderful support she received from Lord Pendle, the adorable bloodhound, the cheerful toddler, and the lovely supporting characters all counterbalanced the dark elements of the plot. I heartily recommend this audiobook for Regency romance readers who are okay with some dark elements in books. I also recommend this audiobook to everyone who loves a sexy, male, English narrator.

I requested and received a free audiocode from the author via @AudioBookfly, and I voluntarily wrote this honest review.

A widow on the run from her own Father


Aubrey Wynne has crafted an intense, honest portrayal of what life was like back in the day for women. Historically accurate with poignant characters dealing with strife so gut-wrenching, I can’t even imagine how I’d respond. Gripping story with an explosive ending. The romance between Nathaniel and Eliza was touching as was the immediate affection Nate has for her daughter.

The narration was perfect Harry Frost did an amazing job bringing all the characters to life.

Eliza's father (in the loosest terms) was a vile mercenary beast on a good day. I love how this bully demon was affronted that anyone should harm him, but it's okay for him to abuse and use anyone for his own gain! Disgusting!!! I liked the
mother son talk Nate had, but why did it take so long to wake up??? smh? hea after all the trauma and drama! The narrator did a good job. I voluntarily listened to a free copy of this and zm giving an honest review.

A Wicked Earl's Widow is truly an awesome book!! Young Widow, Lady Eliza has been through a very rough time in her life so far. Her father is an abusive, mean, and despicable man. He physically hurt her and her mother many times as she grew up and married her off for money. Her husband was tragically killed in a fall from his horse during a race leaving Eliza to raise their newborn daughter Althea. Eliza's father tells her that she is to marry an old man [again the father is doing it for the money]. Eliza does not want to marry the old man so she takes off with her daughter. Eliza steps in to save an old woman who was being roughed up by two men [who were trying to rob her]. Eliza and her daughter meet Nathaniel, Viscount of Pendleton and end up at Pendle Place. Nate [Nathaniel] and Eliza start to have feelings for each other. Then one day Eliza's father finds her and takes her to this shack in the woods where he has her mother tied up and gagged. What happens between Eliza, her mother and her father? Does Nate [Nathaniel] find them in time? To find out you really need to read this book!! Awesome job on this book Aubrey Wynne!! I truly loved this book!!

I love the job Harry Frost did narrating this book and he did awesome with the different voices!! His voice is very sexy!!

A tough theme about abuse and its effects runs through this. Eliza found happiness in a marriage, then is a widow too soon. When her abusive father tells her he has arranged a new marriage for her, to cover his debts, her in-laws send her and her daughter off to relatives to hide. She ends up at the estate of Viscount Pendleton, a friend of her cousin. There she and her daughter find acceptance , hope and love. However, her dad finds them and kidnaps her. She must find the courage to fight for a new life and happiness.

You Can Run but Can You Hide?

I was given a free copy of this audiobook from Audiobooks Unleashed in exchange for an honest review.
The 'wicked' earl couldn't hold a candle to Eliza's sadistic father. In fact he wasn't so bad towards the end. She had a beautiful daughter from the union, but his untimely death unleashed her father's determination to garner more money in a second arranged marriage. Eliza and her mother endured her father's wrath for years, but when her daughter came under his scrutiny, she had to take action. Her in-laws helped and she fled to what she hoped was a new life. Romance and more violence follow her to her new home. The narration was great.