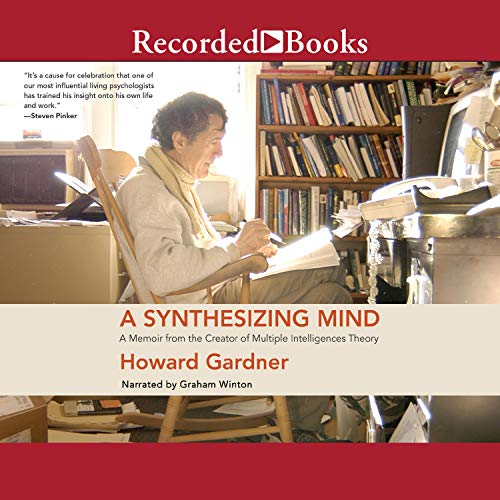 An authority on the human mind reflects on his intellectual development, his groundbreaking work, and different types of intelligences - including his own.

Howard Gardner's Frames of Mind was that rare publishing phenomenona mind-changer. Widely consumed by the general public as well as by educators, this influential book laid out Gardner's theory of multiple intelligences. It debunked the primacy of the IQ test and inspired new approaches to education; entire curricula, schools, museums, and parents' guides were dedicated to the nurturing of the several intelligences. In his new book, A Synthesizing Mind, Gardner reflects on his intellectual development and his groundbreaking work, tracing his evolution from bookish child to eager college student to disengaged graduate student to Harvard professor.

Gardner discusses his mentors (including Erik Erikson and Jerome Bruner) and his collaborators (Mihaly Csikszentmihalyi, William Damon, and others). Comedian Groucho Marx makes a surprise (non-)appearance, declining Gardner's invitation to chat with Harvard College students, in favor of making a living.

Throughout his career, Gardner has focused on human minds in general, or on the minds of particular creators and leaders. Reflecting now on his own mind, he concludes that his is a synthesizing mind - with the ability to survey experiences and data across a wide range of disciplines and perspectives. The thinkers he most admires - including historian Richard Hofstadter, biologist Charles Darwin, and literary critic Edmund Wilson - are exemplary synthesizers. Gardner contends that the synthesizing mind is particularly valuable at this time and proposes ways to cultivate a possibly unique human capacity.