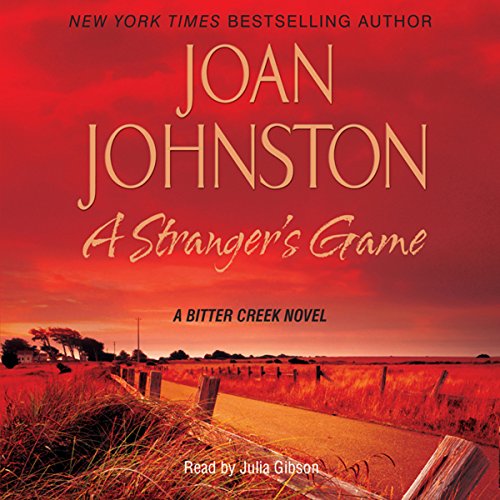 From New York Times best-selling author Joan Johnston comes a dazzling new Bitter Creek novel that features all of the passion and intrigue in Texas high society that her readers and listeners know and love, mixed with an explosive, spine-tingling tale of murder, wrongful imprisonment, and a woman who counts no cost too high to see a killer brought to justice.

FBI Special Agent Breed Grayhawk has the hottest sex in his life with a stranger who calls herself Grace Smith, only to discover early the next morning that her real name is Merle Raye Finkel - and she's a convicted double murderer who broke her parole a year ago and disappeared. Now she's his prime suspect in a terrorist threat against the U.S. president.

Grace Caldwell is determined to find the killer who framed her for the murder of her father and stepmother - and make him pay. She burgles the home of her number-one suspect and nets a surprising haul: a hot-pink, silk-covered diary -- the record of a sex-addicted wife's adventures -- which suggests that Grace's suspect is a serial killer. But her theft has been caught on tape, and the man she's been chasing becomes the hunter... with Grace as his prey.

With just five days until the president arrives in Austin, Texas, the last thing the FBI needs is a serial killer on the prowl - and a terrorist suspect who will stop at nothing to clear her name. The clock is ticking down, and Agent Grayhawk is racing time to discover the truth about his dangerous lover.

Stranger's Game was incredibly suspenseful at times with some likable characters but too much family drama. Grace could have been an amazing character if she was more consistent. One minute she was brilliant and methodical, determined to find justice, next minute impulsive and reckless.

For example, Grace has sex with Breed (virtual stranger) without a condom because she isn't worried about getting pregnant. And she sits down to read a diary in the middle of searching a house for evidence. Later, when she thinks the FBI SAWT team will swarm her home at any moment, she goes to bed rather than hide out in the woods or start walking to anywhere else. Really?

Besides the Grace & Breed storyline, there was a subplot involving Kate (widow with twins) and Jack (Texas Ranger) and assorted relatives of Breed whose connections weren't really explained. While both are likable characters, there was so much (possibly from previous books) that didn't make sense. Books that are part of a series and can't stand alone should be clearly marked as such.

Joan Johnston is a gifted writer, able to mix suspense, humor and romance. If only Audible would offer the entire series or make it clear in the book's description that this novel is part of a series..

it was a good overall story. the story was just kinda messy being that it had so many story lines. other than that and I didn't really like the ending, it would have been a 4.

If you could sum up A Stranger's Game in three words, what would they be?

The Two story line going on at the same time.

Which character – as performed by Julia Gibson – was your favorite?