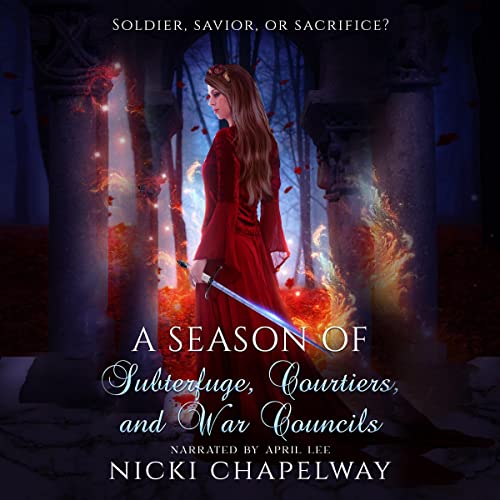 A Season of Subterfuge, Courtiers, and War Councils

Thrust into a fight 700 years in the making, Chelsea and her friends find themselves against an immortal emperor. If they return the true heir of Ione to her rightful throne, then they will finally be free of the magical world of Amar. But that’s easier said than done. They will need the support of the other kingdoms of Amar if they hope to stand a chance at defeating Axius. But who would follow four kids into battle?

As assassins hound their every step, Chelsea and her friends struggle to find a way to call a War Council against Axius. Chelsea travels north to Renlain, a land of dragons and secrets. With Easton as her only ally, she must learn to navigate a world where ballrooms are the battlegrounds and coy smiles hide deadly intents. And it seems that everyone with any amount of power wants them dead. As if having to constantly be on guard to avoid death via a poisoned drink or an assassin's blade is not enough, Chelsea also has to face her conflicting feelings for Easton.

Survival isn’t enough. They have to find a way to start this war. And they have to win it. Or else they will never get home. But victory will not come without a cost, and to win, they must sell their consciences. How far are they truly willing to go to complete this quest and get home?