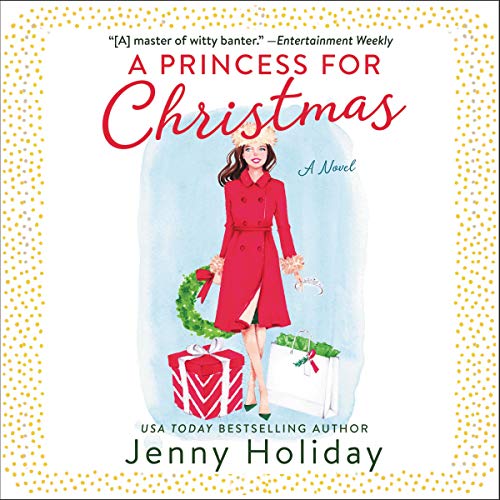 A Princess for Christmas

Leo Ricci's already handling all he can, between taking care of his little sister, Gabby, driving a cab, and being the super of his apartment building in the Bronx. But when Gabby spots a "princess" in a gown outside of the UN trying to hail a cab, she begs her brother to stop and help. Before he knows it, he's got a real-life damsel in distress in the backseat of his car.

Princess Marie of Eldovia shouldn't be hailing a cab, or even be out and about. But after her mother’s death, her father has plunged into a devastating depression and the fate of her small Alpine country has fallen on Marie’s shoulders. She’s taken aback by the gruff but devastatingly handsome driver who shows her more kindness than she’s seen in a long time.

When Marie asks Leo to be her driver for the rest of her trip, he agrees, thinking he’ll squire a rich miss around for a while and make more money than he has in months. He doesn’t expect to like and start longing for the unpredictable Marie. And when he and Gabby end up in Eldovia for Christmas, he discovers the princess who is all wrong for him is also the woman who is his perfect match.