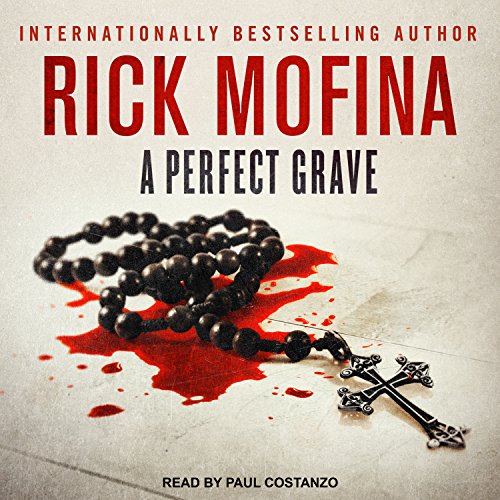 Rookie crime reporter Jason Wade, a troubled loner from the wrong side of the tracks, pursues the story of a murdered Seattle nun. The case leads him to a hermit nun who founded a mysterious religious order; and ultimately to the dark secret that has tormented his ex-cop father for decades. It culminates in a life and death struggle against the clock. With time running out, Jason and his father battle the odds to confront a terrible truth.

This is a must read author...

Another excellent addition to the Jason Wade investigative journalist crime thrillers.
I don't think I need to recap the story but will say that as with this author's other books he tells a realistic tale depicting crimes and consequences that could be right out of headline news. My guess would be that he pulls from his own 30+ years experience as a crime reporter.
I HIGHLY RECOMMENDED this series as well as his other Reed and Sydowski series. He also has a stand alone "They Disappeared". I have not yet read the Jack Gannon series but have every intention of doing so.
I don't understand why this author does not get more recognition, he is one of my favorites.
If you found this review helpful please indicate so.
Thank You.

A Perfect Grave was first released in 2007 then released in Kindle format in 2015 and released at Audible today. This is the 8th audio novel by Rick Mofena I have listened to and reviewed; five were in the Tom Reed and Walt Sydowski series and A Perfect Grave is the third in the Jason Wade series. All have earned 5 stars for both the story and the narration. There are many excellent writers of the crime suspense mystery/thriller genre, but none are better in my opinion than Rick Mofina. VERY HIGHLY RECOMMENDED!!

A Perfect Grave is my first book by Modena. This is part of a series (3rd)and I got strong inclinations that the series should be read in order. Nevertheless It is great storytelling with charismatic characters.

The inside workings of news reporting, with its ethics, sourcing, competition and love/hate relationships with law enforcement is fascinating. This alone is worth the price of admission.

The series features Jason Wade as the main hero. Here is where I wish I had started with the first novel, because I never felt I knew enough about the young reporter. That said, he is a great reporter with high ethical standards and extremely fun to follow.

Narrator has a good voice and is easy to listen to. Story is more complex than you first can tell. Highly recommend this book.

What a great read. So many twists and turns throughout the whole book. Looking forward to a new book to be out! I hope that Jason has a new boss because I seriously wish I could fire him! To aggressive and degrading! Jason deserves better than that! Hopefully we will see him fall in love!

I love Rick Mofina but this books

Omg I hate this narrator he whistled all through the book I can’t , I love his books I try to listen to all of them this one disappointed me

I think the mysyery sides of the story are good but my complaint is the constant contention Jason had with his bosses. Also the female reporter, Cassie, seemed like a waste and the book could have done without her character all together. Other than that I enjoy Mofina’s at weaving a good mystery.

Loved this Trilogy... couldn't wait to hear the next book. Will be finding another Mofina book next.

Sad that the book is over! So good again! Thank you Rick Mofina for an amazing series!

I both read and listen to my books sometimes simultaneously. Paul Contanzo delivers Rick Mofina’s characters with precision especially Paul Wade, the Seattle Mariner star but constantly struggling reporter, the protagonist in the “Jason Wade” series which is no surprise. Obviously. And this brings me to my one and only complaint in this series or with Rick Mofina’s work altogether! In “The Dying Hour”, Jason Wade is a blue collar guy that grew up in the brewery business with his dad that despises it. Jason aspires to be a writer/reporter, a very intelligent man with wicked instincts interning; competing, scratching and clawing for one position against five others, five other “Ivy League” interns at the Seattle Mariner newspaper. This is a great narrative, we all love an “Underdog” to route for. In the second installment “Every Fear” he has to deal with a ass hat editor with the paper trying to dislodge his position with the paper, the intern program aside! (I ain’t spoiling, have to read to see what I mean!) Now, in “The Perfect Grave” he works for yet another editor worse than the first two!! Getting old, too distracting, irritating and just frustrating as hell! The crimes he is covering with the tenuous relationships with law enforcement is suspenseful enough, there is plenty of tension there all on its own along with a problematic alcoholic father, ex wife, sexual tensions with other characters. The “Employer wanting to can the protagonist” gets old. Really old!! I pray the fourth installment leaves this narrative out of the recipe. All three are worth the cash, credit or gift card! Rick Mofina’s writing is first class; nothing less than brilliant and very suspenseful! I put him with Preston-Child, Mathew Fitzsimmons, Jeffery Deaver, Karen Slaughter, Greg Olsen, Lisa Gardner- all premier writers…….