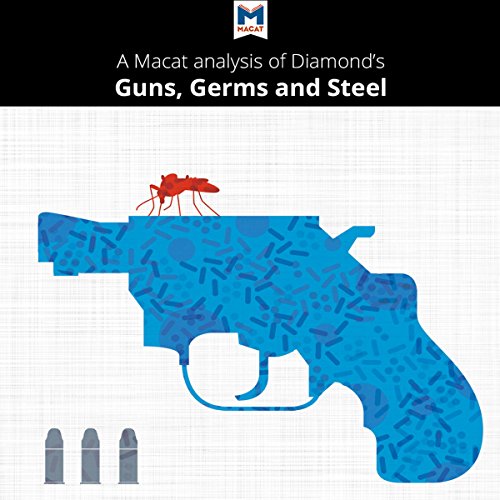 A Macat Analysis of Jared Diamond's Guns, Germs, and Steel

In his 1997 work Guns, Germs, and Steel, American geography professor and environmental historian Jared Diamond looks to answer the question of why human history unfolded differently on different continents, and why power and wealth became distributed as they are.

Drawing on evidence from a diverse range of disciplines, Diamond argues that the varying rates of human development over the past 13,000 years have had very little to do with genetic superiority. They are down to differences in environments. Differences across continents in wild plants and in animal species that could be domesticated played a part. Differences in the sizes of areas and populations did too. The advent of agricultural production in well-situated countries freed more people up to become warriors, leaders, and tool-makers, leading to a virtuous circle of technological advances.

This groundbreaking work has won many awards, including the highly regarded Pulitzer Prize in 1998. The National Geographic Society produced a documentary based on the book that was first broadcast in 2005.