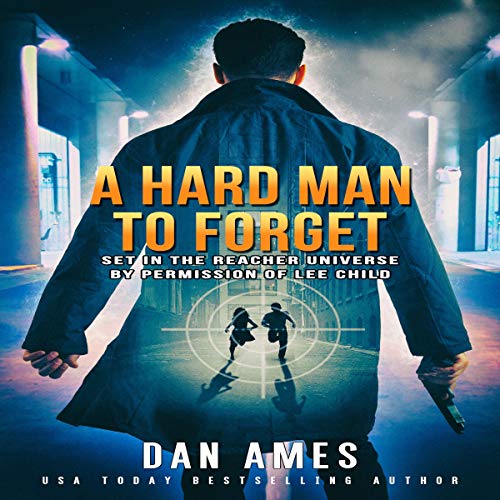 A Hard Man to Forget

A USA Today best-selling book. This is book one in The Jack Reacher Cases.

In A Hard Man to Forget, Pauling is a private investigator in New York who receives a mysterious letter with Jack Reacher's name along with a phone number. Pauling calls the number and reaches a woman whose husband has gone missing. Even stranger, the woman claims she didn't contact Pauling, and has no idea who Jack Reacher is.

Intrigued, he begins to investigate, and when the woman becomes the target of the same men who may have abducted her husband, Pauling recruits Michael Tallon, a former special ops soldier.

Pauling and Tallon quickly realize they're dealing with much more than a missing persons case, and soon, they're in a deadly race to stop a terrifying act of mass murder.

"Swept me along for the ride." (Edgar-nominated author Craig McDonald)

Not a Reacher book-it’s a Lauren Pauling book!!!!

I am so glad this novella was rereleased. Originally released in 11/17, there were many reviews complaining about the narration. This book is narrated by Alan Taylor and his performance is just fine!
There no Jack Reacher in this story. The protagonist in this book is Lauren Pauling, a former FBI agent. She worked Reacher in Lee Child’s book The Hard Way. Now she’s a P.I. on her own. She thinks about Reacher a lot and when in difficult situations it’s kind of a “What would Reacher do?” It sounds sappy when put that way but it seems to work in the story.
HIGHLY RECOMMENDED.
If you found this review helpful please indicate so.
Thank You.

Thankful for the attempt to expand the Reacher series but was disappointed.

The story starts off well but quickly reveal numerous gaps in the story line that left me feeling that I listened to a heavily abridged novel. For example there is no mention of the gun battle after the police arrive. I won’t get into the weekending as I don,t want to spoil it for those wanting to give the novel a try. A rewrite with an additional 15 to 25 chapters would improve the story.

Love reading these books and enjoyed the audio version. Great story with clever links to Reacher but a story that stands on its own as well. Recommend it

Given the reference to Jack reacher I expected this to be an action packed well told story. The story is OK. However, it lacks the intensity and anticipation that you find in a Reacher novel.

A Hard Man to Forget is a Jack Reacher spin off story in which investigator Lauren Pauling gets involved in a dangerous investigation after the disappearance of a truck driver. The story is an action packed adventure, but it’s not one to think too deeply about.

The narrator of the audiobook is well suited to the genre and does a good job bringing the book to life.

I received a complimentary copy of this audiobook. This is my honest and voluntary review.

An excellent start to a new series with realistic main characters. A fast paced story with a good storyline and very hard to put down. The audio version had excellent narration and was very enjoyable. Highly recommended book and audio by a great writer.