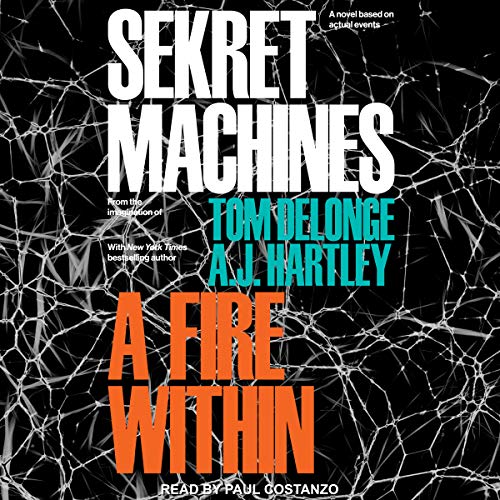 They have witnessed what is beyond the bounds of possibility. Lights sailing across Nevada's desert night sky in fluid and rapid motions that are impossible for even the most technologically advanced aircraft. They have encountered those responsible for the unexplained. Men in black suits, white lab coats, and military uniforms who do not want their secrets exposed.

Brought together by fate - or phenomena - heiress Jennifer Quinn, journalist Timika Mars, pilot Alan Young, and ex-Marine Barry Regis are bonded by the incidents they've witnessed, hunted by agents of a wealthy corporate cabal desperate for unimaginable power, and possessed of extraordinary abilities they do not understand, much less control.

Now, they're on a mission of their own. As Alan and Barry test the limits of their strange gifts inside the military complex known as Dreamland, Jennifer and Timika begin a quest to locate an ancient tablet that may hold the answers to humanity's greatest question.

Are we alone in the universe?

Based on the accounts of credible UAP observers drawn from expert sources within the scientific, military and intelligence communities, Sekret Machines: A Fire Within is the second fiction book within a multimedia project that has become part of the most ambitious investigation of the phenomenon in history.

Loved the second book in the series and can not wait for the third, make the movie already.

Pass if looking4 new insight on UFOs from Delong

If your looking for new insights on UFOs from Delong or his group here you will be sadly disappointed. If you are looking for a mediocre science fiction book then you found it. The one thing true UFO enthusiasts will glean from this is the good alien bad alien theme that his group is setting us up for. Pretty slow up until the last 1/4 of the book.

I will assume 3rd book will be Epic!

I do enjoy the multiple characters and story lines in series. Very interesting, seem their was a lot in the background that was intended to be in the book but was not. I would suggest to read Greek mythology before you start this series makes it much more interesting.

wish I knew what happened to ding dang ol' Alan man, oh well, skiddely diddely dooski and all that.

I freaking love this stuff

I'm so appreciative that somebody that is diligent and has made the right connections is attempting to release this kind of information to the world and I'll take it in whatever form I can get it.

Gives insight into a new reality

Great tale about what if and whos out there. Definitely recommend to the fiction and nonfiction reader.

Wonderful continuation of the first book and can not wait to start the next book in the series.

there was a lot of background clicking in the recording, almost like the narrator's dentures were loose.... and get used to the phrase "what the hell!?!" it happens nearly every paragraph.... and more people should have died

Started strong but they completely lost me when it became a story about fairies and elves.