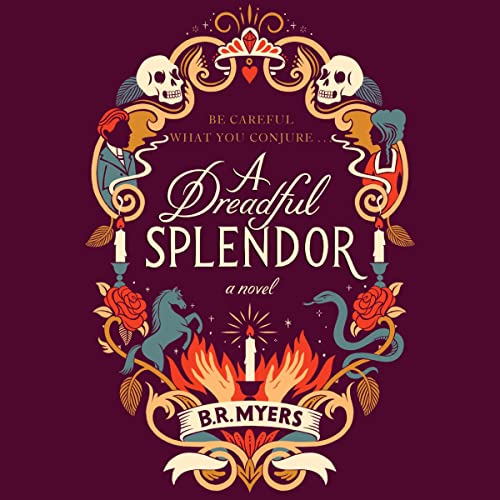 In this spectacularly imaginative and ghoulishly fun Gothic murder mystery brimming with romance, betrayals, and chills, a fake spiritualist is summoned to hold a séance for a bride who died on the eve before her wedding, but as nefarious secrets are revealed, the line between hoax and haunting blurs.

Every house has its secrets....

The bride ~ the groom ~ the doctor ~ the ward ~ the lawyer ~ the housekeeper ~ the maid.

London, 1852. Genevieve Timmons has made her living posing as a spiritualist to swindle wealthy believers, until one misstep lands her in a jail cell awaiting the noose. Then a stranger, Mr. Lockhart, arrives to make her a peculiar offer. The Lord he serves, Mr. Pemberton, has been grieving the mysterious death of his beautiful bride-to-be for six months. Although no foul play was ever uncovered, the young Lord is certain that she was murdered. If Genevieve can hold a séance to persuade him that his betrothed’s spirit is at peace, Mr. Lockhart promises to have the charges against her dismissed.

But when Genevieve arrives at the grand Somerset Park estate, she is surprised to discover that the handsome and aloof Mr. Pemberton is anything but the heartbroken lover she expected. Then Mr. Pemberton approaches Genevieve with an offer of his own: Working together, they can perform a séance so convincing it will coax the killer out of the shadows. In return, he will reward her with enough money to start a new life. Attempting to play both sides until she can determine which plan holds the key to her freedom, Genevieve prepares to stage a haunting. But when frightful incidents befall the manor, the dogged heroine realizes her tricks may not be required after all. Somerset and its residents are hiding many deadly secrets, and its ghosts could be all too real.

A Dreadful Splendor is a wickedly whimsical and delectable brew of mystery, spooky thrills, and intoxicating romance that makes for an irresistibly fun listening.

Such potential but… Narration was very monotone killed the story. Very disappointed. Best to read on your own.

This gave me everything I wanted. A an eerie mystery in a classic setting, and the climax was super fun and had me at the edge of my seat. Narration was pitch perfect.

Both the narration and story are excellent. Plenty of mystery that is revealed with great timing. The characters and their motivations are solidly believable.

The story was good - it felt a little draggy in parts - but overall a good, fun listen. I didn’t even figure out the ending, which was a very pleasant surprise!

The narrator’s voice is dreamy and I’ll definitely be looking for her to read more.

I don't enjoy books with the heroine thinking of herself in the third. Example; I walked out side and saw the cliff. I picked up a rook and dropped in over the cliff. Also the heroine was not as crafty as she was portrayed to be.