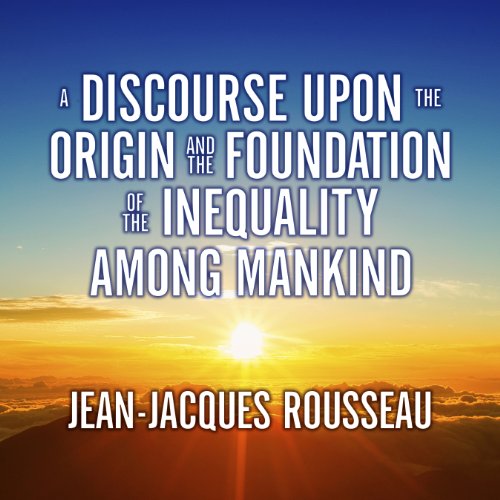 Discourse on the Origin and Basis of Inequality Among Men was written in response to a competition run by the Academy of Dijon answering the prompt: What is the origin of inequality among men, and whether such inequality is authorized by natural law? Rousseau puts forth the concept of two types of inequity: natural/physical and moral/political. He focuses on moral inequality and its link to power and wealth. He also covers the areas of self-love, compassion for others, and free-agency, as well as their negative impact in the creation of civil society. In part two of the discourse, Rousseau follows the development of such qualities in mankind from savage man to the modern man. Jean-Jacques Rousseau [1712-1778] was a famous philosopher whose work strongly influenced the French Revolution and modern thought as a whole. His treatise “Emile” played a large role in the school of educational thought, and various other pieces impacted literary genres such as autobiography and modern fiction. He was also an accomplished composer, renowned for his operas and contributions to musical theory. Following his death, he was interred as a national hero in Paris’ Pantheon.

Anthropologists have disproved most assertions posited by Rousseau. This is not to say all. His assertions about early human mother-child bond are offensive.