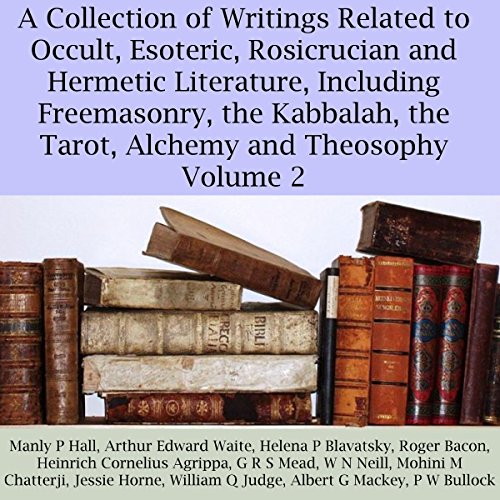 A Collection of Writings Related to Occult, Esoteric, Rosicrucian and Hermetic Literature, Including Freemasonry, the Kabbalah, the Tarot, Alchemy and Theosophy, Volume 2

This is a collection of 14 essays on a variety of occult-themed topics, covering the full spectrum of classic esoterica and related subjects, which include hermeticism, alchemy, magic, the Kabbalah, ancient wisdom and philosophy, the Tarot, Rosicrucianism, Freemasonry, Theosophy, and spiritualism, by some of the most notable and prominent names in the history of those subjects. Compiled specifically with the student in mind.

Could have been a interesting book. The narrators did nothing for the content . They tried to narrate the book in a dramatic tone of voice but they botched it. I had to force myself to finish listening...
“I want my money back”

This one had lots of histories and felt kinda like more prep work and overview. Still exciting.

Absolutely indispensable! All those with wisdom and ears ought to listen! So many subjects are made so clear in such a short time!