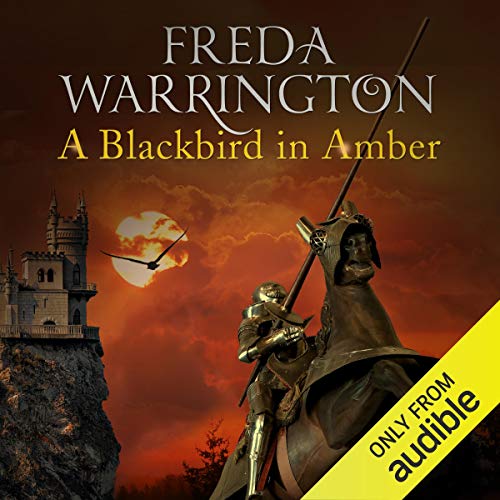 A Blackbird In Amber

The terrible Serpent M'gulfn has been destroyed, but Earth's future is in peril. Its death has unleashed a chaotic power that may prove more dangerous than the Serpent itself. Journeying to Gorethria comes Melkavesh, daughter of Ashurek and Silvren, determined to harness the new power of sorcery for good. But can she resist the temptation to claim her birthright - the dark throne renounced by Ashurek?

A ruthless usurper, Xaedrek, has already seized Gorethria's throne and is working his own warped form of sorcery to restore the evil empire. To save the Earth, Melkavesh must defeat him. But she has reckoned without Xaedrek's seductive charm.

"One of the best British writers of fantasy." (Publishing News)

A great ending to a great series.

I really enjoyed listening to all three books in this series. It's epic fantasy, with a sci-fi element to the story, and the author carried it off well. I really liked the narrator, but had to listen at 0.5x. I love the narrator's character voices he used for the bad guys.