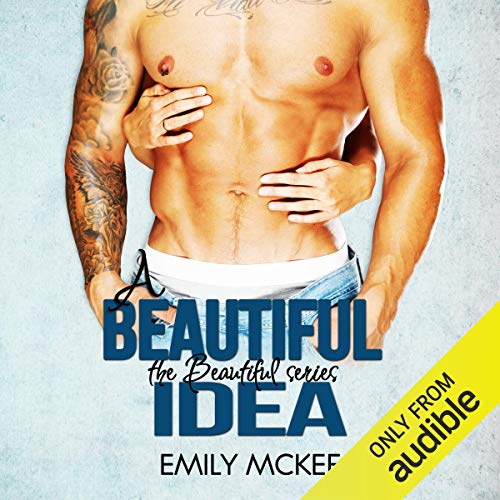 Isabelle Clark always had ideas, but that's all they ever were... until now.

She grew up in a world filled with poverty and hatred from the person who gave birth to her and had decided she would finally make her ideas a reality. After moving away to college as a junior she ran into the University of Maryland's walking one-night stand. Literally.

Ryder Mitchell was every girl's wet dream all in one muscled, tattooed, pierced, baseball playing package.

He thought he had the life: going to school, tattooing people by day, and giving girls the best orgasms of their life by night. When he found out that Financial Aid didn't fully cover Isabelle's room and board Ryder had an idea: Isabelle should move in with him.

On the outside everybody sees Isabelle as a quiet bookworm and Ryder as a player, both on and off the baseball diamond. They soon learn who the other truly is.

Either way, they're about to realize this idea was a beautiful one...

This is one of those stories where nothing really bad actually happens to the couple, but you spend the entire book waiting for the shoe to drop...and it just don't! Which is not a bad thing... it's a cute love story... but of course the couple has to break up.... So when this couple does..it's over miscommunication, but it get solved pretty quick... I actually like this story... IDK...

The female (h) was a bit naive to the point where I wanted to smack her...and the (H)... dude..that was way too much work, just to get the girl...but....BIG BUT!!!! I totally like the book... I found my self laughing out loud, crossing fingers for luck (for these two)...and just simply smiling by the end... Geez!!!!

I'm not sure who would enjoy this more. The whole book reminds me of Beautiful Disaster, but with a few differences. This book just didn't catch my attention.

Killing Sarai by J. A. Redmerski.

The narrator cannot be blamed for my opinion of this book. Viv's performance wasn't awful (3 stars for narration). I don't know Having 300+ books in my library, I've heard awful a time or two. I just didn't like the story.

Disappointment for wasting my money.

Though I'm not the biggest fan of this book I would be willing to read another of McKee's books because its possible that her books may get better as the series goes on, or her books may fall into the 'better read than listened to' category. It is unfair to scratch her off my book list without giving another chance.

knock off of beautiful disaster by jamie mcguire

Would you consider the audio edition of A Beautiful Idea to be better than the print version?

Cheap knock off of beautiful disaster by jamie mcguire but nowhere near as good. Ok read.

Would you listen to A Beautiful Idea again? Why?

Yes I would listen to "A Beautiful Idea" again. It was a nice change to actually read about two people falling in love and staying together. No games and backstabbing like many other love stories.

My favorite character was Ryder, you could tell that he really loved Isabelle with all his heart and soul.

What does Viv Williams bring to the story that you wouldn’t experience if you just read the book?

Yes Viv. Williams was a great reader, I especially loved the voice of Ryder...it made him seem so much more sexier.

Yes I would've loved to listen to the book in one sitting but between all the family interruptions it was impossible to do so.

This was a nice change of love story to read, no backstabbing or going from one person to another and the two people that were in love actually told each other how they felt. You didn't have to guess when there was going to be a fight or if one person was going to go out with someone else. It's nice to read how the love story begins and ends and you get to hear all about the smexy romantics love scenes the two lovers have. Kudos to Emily McKee I can't wait to read the next book "A beautiful Mess". I hope it's just as good.

No it just was time spent

Has A Beautiful Idea turned you off from other books in this genre?

Who would you have cast as narrator instead of Viv Williams?

It's not the narrator it's the book

Did A Beautiful Idea inspire you to do anything?

This story was written like a really long ongoing sentence. And then this happen and then this... And blah blah... Really I thought a lot of it was corney. The main Characters weren't too memorable to me. I'm going to return it.

What did you love best about A Beautiful Idea?

Emily played a very very SEXY Ryder and I was blushing though out the whole book. I could get enough of him when Emily was voicing him.

What was one of the most memorable moments of A Beautiful Idea?

That Ryder love her and only her. and that I'm loving this book and I cant wait to tread the next story.

Which character – as performed by Viv Williams – was your favorite?

Ryder all the way. she performed him so freaking amazing. I couldn't put this book down. when it was over. I'm going to read this book again.

I did laugh and I did cry. Isabella was getting on my nervous when she keep putting herself down. just because her mother told her she would be nothing. That bother me though the whole book. I just wanted to SLAP Isabella for doubting herself though the whole time I was reading this book. but am glad it ended in a very Beautiful ending.

Just have fun reading this book just I like I did.