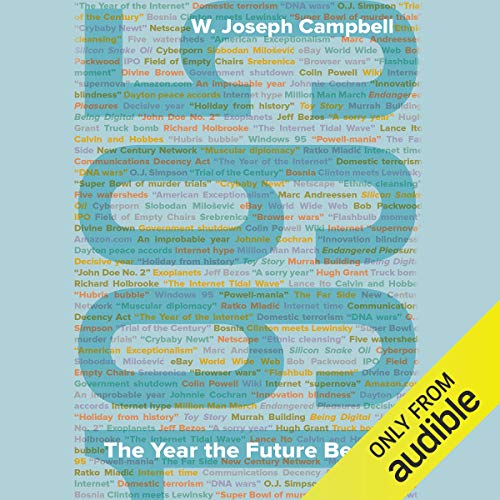 This book offers fresh interpretations of the decisive moments of 1995, including the emergence of the Internet in mainstream American life; the bombing at Oklahoma City, the deadliest attack of domestic terrorism in US history; the sensational "trial of the century", at which O. J. Simpson faced charges of double murder; the US-brokered negotiations at Dayton, Ohio, which ended the Bosnian War, Europe's most vicious conflict since the Nazi era; and the first encounters at the White House between Bill Clinton and Monica Lewinsky, a liaison that culminated in a stunning scandal and the spectacle of the president's impeachment and trial.

As Campbell demonstrates in this absorbing chronicle, 1995 was a year of extraordinary events: a watershed at the turn of the millennium. The effects of that pivotal year reverberate still, marking the close of one century and the dawning of another.

This isn't a book, just an academic dumping out research unfiltered. A very boring blow by blow narrated by a robot.