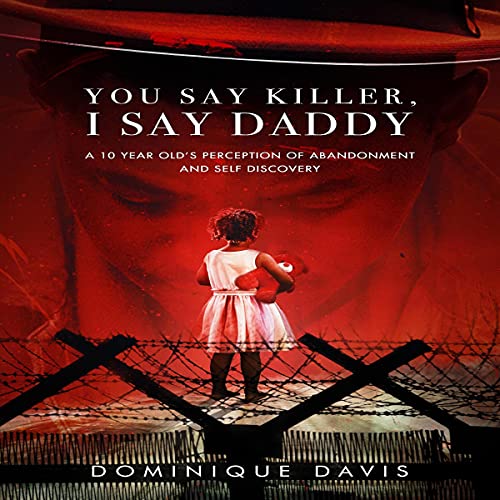 You Say Killer, I Say Daddy

When Nikki heard her little cousin utter these four words, she had no idea they would change the course of her young life forever. Had no idea that her beloved father would be ripped away from her, drawn into a protracted legal battle. Had no idea that she would be forced to flee her home and go into hiding with her mother and siblings. Had no idea of the agony her whole family would face as the result of her father's actions.

Adapting to her ever-changing reality, Nikki struggles to navigate her way through her new life. Around every corner awaits a new challenge for her and her family to overcome, all accompanied by the constant worry about when she would see her father again.

This coming-of-age story follows Nikki as she grows from a child into a young woman. Through her journey, Nikki must learn to become independent, think for herself, and come to terms with the moral implications of what her father has done. But Nikki knows the truth about why her father did it. She knows that the murder is not quite as cut and dry as it may seem.

Great storyline from the eyes of a child

The details of the events and emotions is Remarkable especially coming from a ten year old. Perspective given is so innocent and clear that it grabs your attention and put you in a place where you were at a time in your life when you were a child. The unfortunate events gave me compassion for Nikki and her siblings. Knowing that she is now a grown woman and has written a book, has given me comfort knowing that there is logic and hope for even the worst events in a child’s life. The author has made herself vulnerable to give hope to those who may be in similar circumstances. Overcoming stereotypes that you cannot control as a child. This book has Inspired me.

Reviewed in the United States on December 20, 2020

Very Good Read/Listen! The narrator pulls you into this masterpiece bringing all the characters to life especially Nikki! I found myself not able to stop listening!